Live Near Your Work 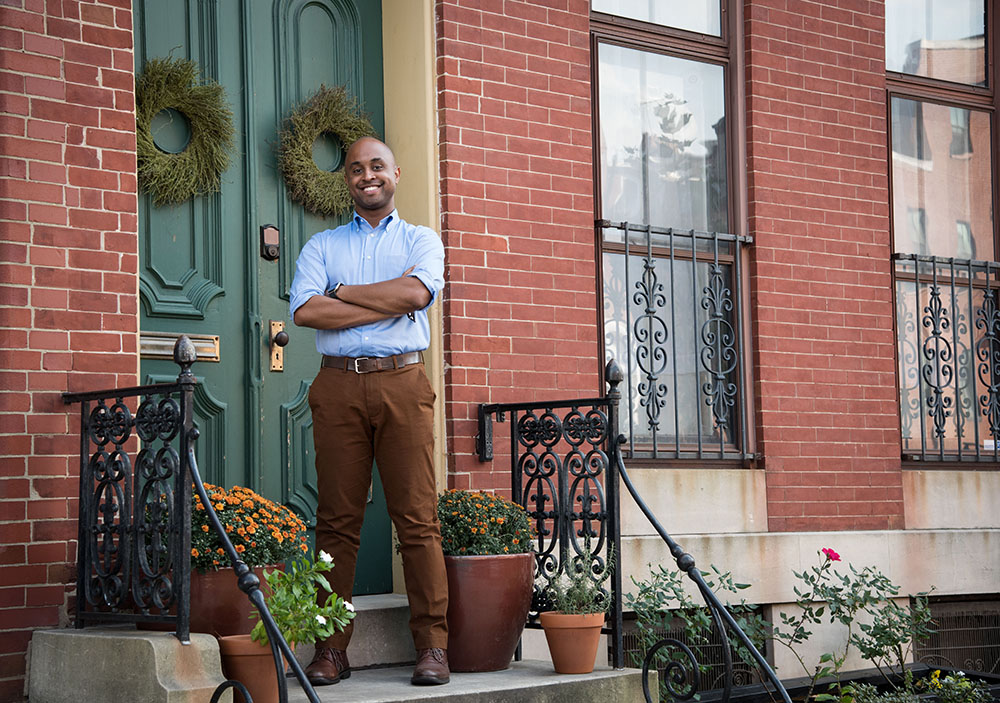 Bill Joyner, assistant vice president for community engagement in the University of Maryland, Baltimore's (UMB) Office of Community Engagement (OCE), has served in numerous roles during his tenure at the University. He most recently was director of equity, diversity, and inclusion. In his previous role at OCE as the senior economic inclusion specialist and community engagement coordinator, he designed and led UMB’s local purchasing initiatives, resulting in an increase in spending with local minority- and woman-owned businesses in Baltimore from 0.1 percent to more than 15 percent in three years.

Joyner won a 2020 UMB Diversity Recognition Award for outstanding staff member and was named a UMB Champion of Excellence in 2015.

How long have you lived in Union Square?

My partner and I bought the house in November 2016 and started living here the following New Year’s Eve. Before that, I lived next door in Hollins Market for five years.

What originally made you want to buy a home here?

We really wanted to buy a house with a big yard, private parking, and space for our family to visit long-term. We also didn’t want to give up walkability. Union Square is where we could afford to have all of the above.

What set the neighborhood you live in now apart from other places you’ve lived?

I lived in Hollins Market before buying this house four blocks away in Union Square. My partner, Adam, lived in Mount Vernon before we lived together. He loved it there, but prefers Union Square. I think it’s mostly the sense of tight-knit community and the affordability that sets Union Square apart.

What do you love most about living in your neighborhood?

I love that this little group of neighborhoods feels like a small town — we all know our neighbors, have social events in the parks and in our houses, and at local businesses. And at the same time, I can walk to work, restaurants, community gardens, a grocery store, a gym, theaters — all the big-city amenities.

Our neighborhood is super close-knit. Union Square frequently hosts social events where we all get to know each other, which leads to dinner parties and celebrations that we share like an extended family. We look out for each other for things as small as house-sitting to as big as looking out for neighbors during sickness.

What are some of your favorite things to do in the area?

Zella’s Pizzeria is like my home away from home. It’s a place I can walk to in five minutes to get amazing food, meet up with friends, or catch up with the staff, who become a part of your life. Once, there was a huge blizzard that shut down the city. Half the neighborhood went to Zella’s and had a big game night. They were able to open the restaurant because so many of their employees are our neighbors, living within blocks of the restaurant. It’s so hard to find that old-fashioned sense of togetherness that we have here.


Back to Neighborhood Testimonials