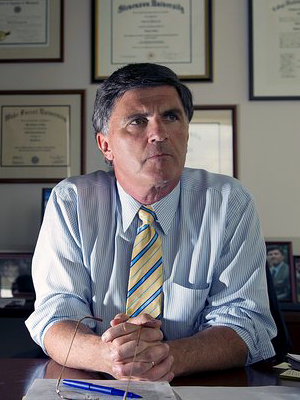 He advises clients on a broad array of policy matters and their interactions with the federal government. Having served as a governor, U.S. congressman, state legislator, and civil litigator, he counsels clients on government matters, with particular expertise in health care, finance, and economic development.

He launched construction on 123 statewide transportation projects in four years, and the Intercounty Connector (ICC) was dedicated in his honor on Sept. 7, 2017. He managed the most successful military base realignment and closure strategy in the nation. He toughened penalties for sex offenses, drunk driving, and witness intimidation and established Maryland’s first Office of Homeland Security.

Ehrlich earned national commendation for empowering individuals with disabilities. He created the nation’s first cabinet-level Department of Disabilities, for which he earned the Highest Recognition Award from the U.S. Secretary of Health and Human Services.

Before serving as governor, Ehrlich won four terms in the U.S. House of Representatives. In Congress, he served as a member of the House Majority Whip team, helping to pass comprehensive tax relief, greater access to health care, federal education reform, and the first balanced budget in a generation.

He also served in the Maryland House of Delegates from 1987 to 1995, representing the 10th Legislative District in Baltimore County. There he was a member of the House Judiciary Committee and was instrumental in shaping state policy on tort reform, juvenile justice, and child abuse and neglect.

Before running for public office, Ehrlich was associated with the Baltimore law firm of Ober, Kaler, Grimes and Shriver, where he practiced civil litigation for 11 years. He served as a founding member and partner of the law firm Womble Carlyle Sandridge & Rice PLLC in Baltimore.

He earned his bachelor’s degree in politics in 1979 from Princeton University, where he captained the freshman and varsity football teams, and his law degree from Wake Forest University in 1982.

Ehrlich has been recognized on many occasions for his outstanding public service, including in 2009, when he became one of a handful of U.S. citizens to receive the Order of Diplomatic Service award from the government of South Korea.

To continue his legacy as a leader on the issue of executive clemency, Ehrlich partnered with Catholic University’s Columbus School of Law in 2013 to create the CUA Law/Ehrlich Partnership on Clemency, which seeks to make executive clemency fairer, more common, and more transparent.

Ehrlich is married to Kendel Sibiski Ehrlich, an assistant state’s attorney in Anne Arundel County, Md., and a former public defender and corporate attorney. The Ehrlichs have two children — Drew and Joshua. The Ehrlichs are active in a wide variety of charitable activities, most notably the Maryland Chapter of the Cystic Fibrosis Foundation, where Kendel Ehrlich is a past board chair.

Ehrlich is a regular columnist for National Review Online and The Washington Examiner. In addition, he has authored four books — Turn This Car Around (2011), America: Hope for Change (2013), Turning Point (2015), and Bet You Didn’t See That One Coming (2017).