How to Be an Anti-Racist 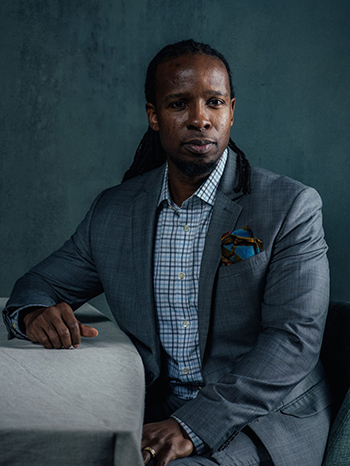 Ibram X. Kendi is one of America’s foremost historians and leading anti-racist scholars as well as a National Book Award-winning and best-selling author. The Andrew W. Mellon Professor in the Humanities at Boston University, he is the founding director of its Center for Antiracist Research.

Kendi is a contributing writer at The Atlantic and a CBS News racial justice contributor and was named one of the 100 most influential people in the world by Time magazine in 2020.

Kendi is the author of “The Black Campus Movement,” which won the W.E.B. Du Bois Book Prize, and “Stamped from the Beginning: The Definitive History of Racist Ideas in America,” which won the National Book Award for Nonfiction. He also has written three No. 1 New York Times bestsellers, including “How to Be an Antiracist,” which the Times called “the most courageous book to date on the problem of race in the Western mind.”

A sought-after public speaker, Kendi has delivered thousands of addresses at institutions in the United States and around the world.

He was awarded the prestigious Guggenheim Fellowship in 2019.