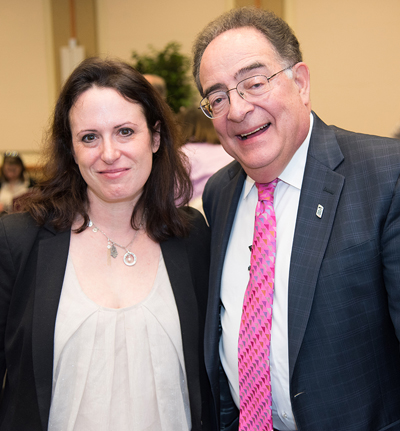 One of the most influential voices in national affairs journalism today, Maggie Haberman opens audiences’ eyes with a remarkably informed perspective on President Donald Trump, based on their complex relationship and her history of covering him. She examines his influence on key issues affecting all Americans and his battles with the American press

Chief White House correspondent for The New York Times and a CNN political analyst, Haberman has established herself as one of the country’s most respected journalists and reliable resources for expert commentary on current events and national issues. A seasoned veteran of political reporting, she covered City Hall for the New York Daily News, the 2008 U.S. presidential campaign and other political races for the New York Post, as well as national affairs as a senior reporter for Politico.

In 2018, Haberman and her team at The New York Times received the Pulitzer Prize for National Reporting for their coverage of the Trump administration and alleged Russian interference in the 2016 U.S. presidential campaign. They also received the Aldo Beckman Award from the White House Correspondents’ Association. Her stories on covering a contentious administration offer a revealing insider’s look at an explosive era of modern journalism.

Haberman’s experiences with Trump date back to when he was a fixture in New York headlines as a real estate developer and businessman. In today’s political climate, she presents a clear-eyed view of where conservatives, liberals, independents, and other segments of Washington government stand on key issues, the latest policy developments, and where the opportunities lie ahead for possible compromise and partnerships.