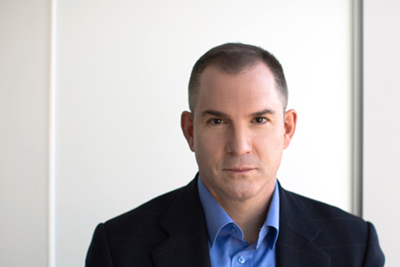 UMB welcomed Frank Bruni of The New York Times on Feb. 28, 2017, to the SMC Campus Center.

Frank Bruni is a New York Times op-ed columnist and the author of three bestselling books: a 2002 chronicle of George W. Bush’s initial presidential campaign, Ambling Into History; a 2009 memoir, Born Round, about the joys and torments of his eating life; and a 2015 reflection on higher education, Where You Go Is Not Who You’ll Be: An Antidote to the College Admissions Mania.

His career at The Times spans more than 20 years and includes stints as a White House correspondent, the chief restaurant critic, the Rome bureau chief, and a staff writer for the Sunday magazine. He came to The Times from The Detroit Free Press, where he was, alternately, a war correspondent, the chief movie critic, and a religion writer. At the Free Press, he was a finalist for the Pulitzer Prize in feature writing for a narrative profile of a convicted child molester.

In his op-ed columns, which appear every Sunday and Wednesday, he reflects on diverse topics including, frequently, American politics, higher education, and gay rights. He is The Times' first openly gay op-ed columnist, has twice won GLAAD's award for best newspaper columnist, and was honored by the National Lesbian and Gay Journalists Association in 2106 with its Randy Shilts Award for his lifetime contributions.

He appears frequently as a commentator on CNN, MSNBC, and other networks, was a guest judge on Top Chef and popped up briefly in the movie Julie & Julia.

He grew up in the New York City and Hartford, Conn., areas, and in 1986 graduated with a BA in English from the University of North Carolina at Chapel Hill, which he attended as a Morehead Scholar and where he was inducted into Phi Beta Kappa. In 1988, he received a master's degree in journalism with highest honors from Columbia University, where he graduated second in his class and won a Pulitzer Traveling Fellowship.

His newest book, A Meatloaf in Every Oven, published in early February, is a collection of recipes and musings done with his New York Times colleague Jennifer Steinhauer. He lives in New York City.

Join President Jay A. Perman, MD, for a series of panel discussions on politics and policy this spring. Future speakers in the President’s Panel on Politics and Policy series include Goldie Blumenstyk of The Chronicle of Higher Education on higher ed and Matt Hourihan of the American Association for the Advancement of Science on the federal budget outlook.