If you have questions or comments, please submit through our online form.

Comments and Suggestions
Do you see something around campus that bothers you? Do you think something needs to be fixed or improved? The Staff Senate represents you, and we want to hear what you have to say. 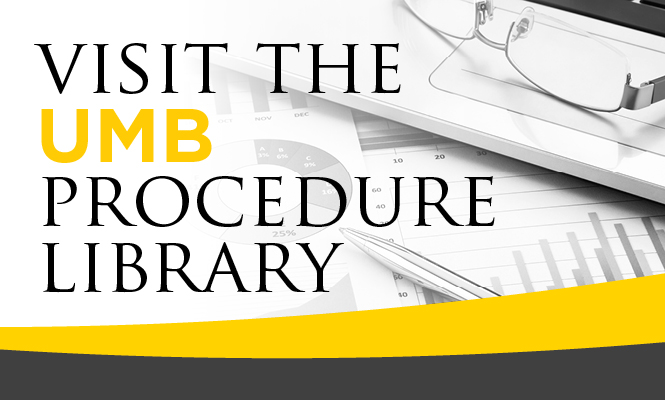 The staff of the University of Maryland, Baltimore (UMB) is committed to achieving UMB's vision of excellence in academics, research, and service by functioning in a support role to faculty and students. The President of UMB and the President's Cabinet have found it appropriate that the UMB Staff exercise an informed advisory role in areas of policy and procedure which affect the quality of their work life and their level of contribution to the strategic goals of the campus (http://www.umaryland.edu/about-umb/strategic-plan/). The opportunity to be heard on these matters through a recognized Staff Senate is indicative of UMB's goal to develop a more responsive environment distinguished by consistently high levels of commitment and productivity from its Staff. In carrying out its purpose and function, the Senate will observe all established University administrative policies and procedures, including but not limited to USM BOR Policy I-6.00 regarding shared governance (http://www.usmd.edu/regents/bylaws/SectionI/I600.html).

II. Purpose and Functions of the Senate

1.   There shall be a Staff Senate representing all regular exempt, non-exempt excluded, police sergeants and above and contingent II employees of UMB (hereinafter referred to as "eligible employees" designated in USM BOR Policy VII-9.31 (http://www.usmd.edu/regents/bylaws/SectionVII/).  Excluding the following groups of employees: faculty, all “Z” code Employee ID’s, contingent I and USM employees represented by a certified exclusive representative [union representation].

2.   The functions of the Senate shall include the following:

a.         To advise and make recommendations to the President of UMB and his/her Cabinet with regard to the following matters:

i. Policies, procedures and/or rules affecting eligible employees as defined in these bylaws.

i. Eligible employees and the President of UMB with his/her Cabinet; and

c.         To act as a body of the eligible employees to enhance “informed participation and collaboration” in the affairs of the University (UMB).

e.         To elect representatives to CUSS from its membership as per CUSS Bylaws.

1. There shall be a minimum of twenty (20) members of the Staff Senate composed of eligible employees. Its membership includes representatives from each employment category as set forth in the Federal Fair Labor Standards Act (FFLSA) and as follows:

b. Each of the academic schools and central administration shall be represented by at least one (1) voting member. This will be accomplished by electing the person(s) with the highest vote count from each school and central administration, unless all categories are not represented, then a 1-year appointment will be made, based upon the election results. This appointment will maintain full voting privileges during the 1-year term.

c. Four (4) alternates, selected by next highest vote count, shall be elected to fill temporary vacancies. Alternates will serve in the temporary absence of voting members and shall serve as such.

2. All eligible employees may vote for any candidates. Each elected candidate represents the entire electorate.

3. At its first meeting for the inaugural term [October 2003- June 2004], the Senate established staggered terms for the Staff Senate membership. All terms of election after the initial term shall be for two (2) years. The election for members shall be held during May of each year, if practical. The elected members shall begin their Senate service at the July meeting immediately following the verification of the election process just held.

5. The Senate, by two-thirds (2/3) vote of the entire body, may vote to remove any of its members for just cause.

7. Senators who have served 6 consecutive years will not be eligible to stand for election. After a one (1) year stand-down, a senator may self-nominate in future elections. (Note - This does not apply to alternates, only voting members.)

2. If any member is absent from more than twenty five percent (25%) of the yearly scheduled working meeting sessions (July through June), the Executive Committee will notify the member in writing of its recommendation for removal from the Senate.

3. Special meetings may be called by the President of the Senate, by the Executive Committee, by resolution of the Staff Senate or by petition signed by at least one-third (1/3) of the membership.

5. A quorum shall consist of fifty percent (50%) plus one (1) member of the current membership. An affirmative vote of a majority of the members present and voting shall be necessary to adopt any motion or resolution.

6. Notices to members are properly given when placed in the campus mail addressed to the members, listed campus address or acknowledged via confirmed receipt of e-mail.

7. Any two (2) Senate members may require that an item be placed on the agenda of a business meeting or special meeting.

8. Senate members shall be released from their normal work responsibilities, when necessary, each term year in order to attend:

b. Additional time may be required for members to fulfill their Senate responsibilities, e.g. attendance at committee or special meetings and other activities, per BOR Policy I-6.00 (III) (L) - http://www.usmd.edu/regents/bylaws/SectionI/I600.html.

c. Monthly Scheduled Executive meetings, but not less than four (4) meetings (officers and invited guests only).

9. All procedures not otherwise set forth in these Bylaws or by rules adopted by the Staff Senate shall be in accordance with the latest revised edition of Robert's Rules of Order.

1. There shall be five (5) officers of the Staff Senate elected from its membership who will form the Executive Committee. The officers shall be the President, Vice-President, Secretary, Past President and Member at Large. The duties of the officers will be as follows:

a. President - preside at all meetings of the Senate, finalize the agenda of each Senate meeting, serve as chief liaison with the UMB President and perform other duties as assigned by the Senate.

b. Vice-President - serve in the absence of the President, serve as Senate parliamentarian, and perform other duties as assigned by the Senate.

c. Secretary/Treasurer - responsible for recording and distributing minutes, maintain all records of the Senate, monitor the Senate’s budget and report on its fiscal status to the Executive Committee/Senate, and perform other duties as assigned by the Senate.

e. Communications Officer – responsible for the development, management and execution of Staff Senate communications including website and social media management, marketing and coordination of activities with the UMB Office of Communications and Public Affairs.

d. Past President - serve as an advisor to the Executive Committee in order to provide continuity and perform other duties as assigned by the Senate. This position is normally filled by the immediate past Senate President but can be appointed by the sitting President.

e. Member at Large - serves on the Executive Committee and performs duties as assigned by the Senate.

2. Nominations for Executive Committee officers for the upcoming term will be accepted in May and up to the start of the voting process at the June meeting. The officers will be elected by the Senate membership for a term of one (1) year by written ballot or verbal vote during the June Senate meeting and will take official office at the July meeting. The exception this timeline is the Member-at-Large, which will take place after the new Senators are seated, normally at the July meeting.

3. The Executive Committee shall fulfill the following functions:

a. Set the agenda for Senate meetings.

b. Report on the work of the Senate to the UMB President, CUSS and the UMB campus community.

c. Be a point of contact with the UMB President and Chief Human Resources Officer.

d. Recommend to the Senate the establishment, composition and responsibilities of standing and/or special committees; fill irregular vacancies on committees, and recommend participation in campus committees.

f. Perform such functions as given by the Senate.

b. The Senate also will establish committees as assigned by the President of UMB. The Senate will send representation to inter-campus committees, as requested.

c. Every Senator is required to be a member of at least one Senate committee per term.

5. Permanent Vacancies on the Executive Committee

a. A vacancy on the Executive Committee shall exist upon the death, resignation, forfeiture of eligibility, or removal of any officer.

b. Any officer may resign from the Executive Committee and not the Senate at any time by giving written notice to the entire Executive Committee. Except as otherwise provided in the bylaws, any such resignation shall take effect upon the receipt of such notice or at any later time specified therein. Unless otherwise specified in the notice, the acceptance of such resignation shall not be necessary to make it effective.

c. Officer vacancies are filled according to the position. Each officer so appointed shall hold office for the balance of the unexpired term of his/her predecessor.

i. President - The Vice President will assume the duties upon acknowledgment or acceptance of the vacancy.

iv. Secretary/Treasurer and Member at Large - Elected by the membership. Nominations will be accepted by the President at the first working meeting after the vacancy and up to the start of the voting process at the next meeting after the initial nomination period.

UMB resource staff (e.g. Human Resource Services, Center for Information Technology Services, Facilities Management) is available to assist the Staff Senate in its functions. Resource staff may be included as non-voting participants in Senate, Executive or committee meetings in order to provide information and other support activities. The UMB Chief Human Resources Officer and his/her designee(s) shall function as the primary resource for the Staff Senate.

The Staff Senate shall, on a regular (3-year) basis, self-evaluate the Bylaws and operations to determine if the purposes and functions of the Senate are being fulfilled. This will include, but not be limited to, a review of the composition of the membership to ensure all eligible categories are fairly represented. Self-evaluations may result in proposed amendment(s) to the existing By-Laws.

1. Amendment(s) to existing Bylaws may be proposed by any two (2) current members of the Staff Senate and shall be submitted in writing to the Senate President, who will bring it to the Executive committee.

3. Approval of the proposed amendment(s) shall require a simple majority affirmative vote, providing a quorum (50% of the current Staff Senate membership, plus one (1) member) is in attendance. Approved amendment(s) take effect immediately following an approval as defined in these Bylaws.