About the SMC Campus Center 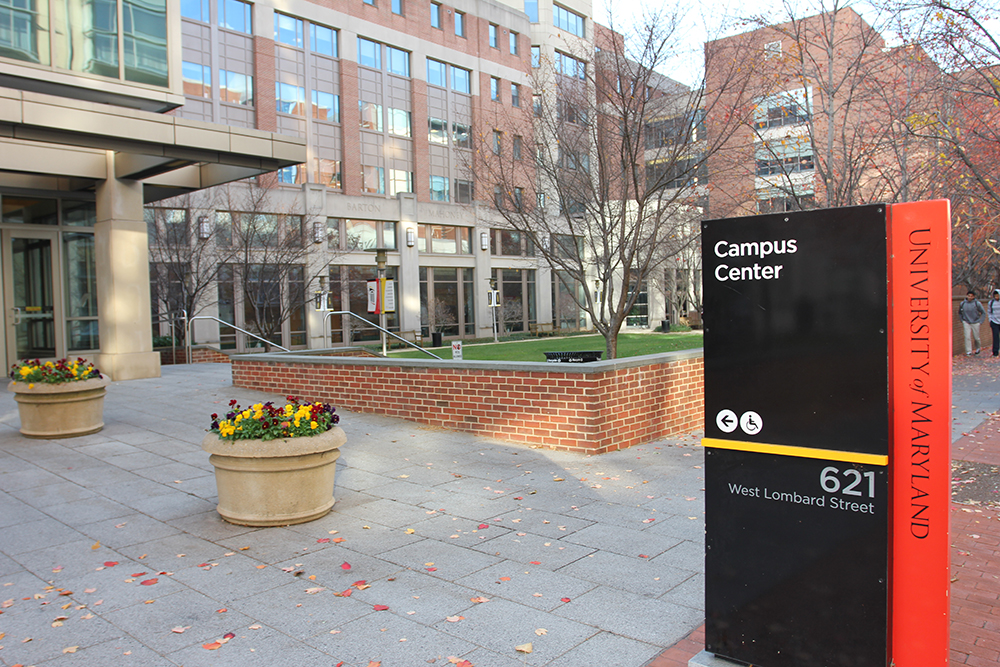 The SMC Campus Center at the University of Maryland, Baltimore would like to recognize the Indigenous Peoples who lived on the land where our buildings stands. Through this effort we aim to promote Indigenous visibility and encourage support of Indigenous communities.

History of the Student Union ▾

In the late 1990s, University leaders, former President Dr. David J. Ramsay and Dr. Malinda Orlin, then vice president of Academic Affairs and dean of the Graduate School, began envisioning a new student union that would serve all the students at the University of Maryland, Baltimore and create an environment for interprofessional development and learning all while encompassing a modern recreational facility. In March 2007,  the original Baltimore Student Union was demolished and the footprint for the Campus Center began. The first steel column of the Campus Center was put in place on Nov. 13, 2007.

The Campus Center construction took place from October 2007 through July 2009. During that time, Student Affairs offices were moved to different areas of campus, with some ending up at the Pine Street Station.

During the construction of the Campus Center, Whiting Turner, the builder, was committed to ensuring the process was sustainable. Listed below is the amount of material tons recycled: