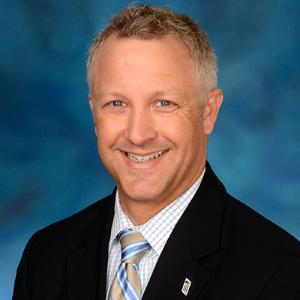 Kevin P. Kelly has been chief government affairs officer at the University of Maryland, Baltimore (UMB) since November 2014 and was promoted from associate vice president to vice president in September 2020.

Kelly had led the Office of Government Affairs on an interim basis since January 2014 after the retirement of Barbara Klein, MPA, who served UMB for 17 years.

Reporting to Jennifer B. Litchman, MA, senior vice president for external relations, Kelly advises senior leadership on the impact of proposed legislation and determines appropriate responses, while working to enhance UMB’s reputation by identifying challenges and opportunities, developing targeted initiatives, and maintaining effective relationships and partnerships at the local, state, and federal levels.

A seasoned government affairs professional with more than two decades of city, state, and federal experience, Kelly joined UMB in 2012 as director of government affairs. Before his arrival, he was director of government relations and counsel at the lobbying firm Van Scoyoc Associates in Washington, D.C. Kelly also has held positions with the city of Baltimore’s Department of Transportation and in the office of U.S. Sen. Barbara Mikulski. He received his bachelor’s degree in political science from Washington College in Chestertown, Md., and a JD from the University of Baltimore. Kelly is a member of the Maryland State Bar.