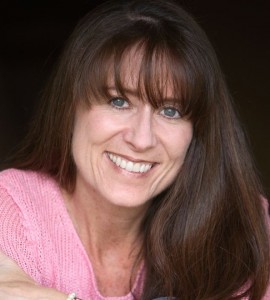 Jennifer B. Litchman was named senior vice president for external relations Jan. 5, 2018, expanding her previous duties at the University of Maryland, Baltimore (UMB). In this role, Litchman fulfills a wide breadth of responsibilities, overseeing communications and public affairs, government affairs, and community engagement.

Litchman received a Bachelor of Arts degree from the University of South Carolina and a master’s degree in public communication from American University. After six years on Capitol Hill working for the National Republican Congressional Committee and then in the House of Representatives, Litchman left government service for the Business Roundtable, a nonprofit public policy organization of CEOs of the Fortune 200, where she was public information manager. A highlight of her time at the Business Roundtable was planning and implementing a national media launch for a public service advertising campaign featuring Major League Baseball stars at Camden Yards with former Baltimore Oriole Cal Ripken Jr. and then-President Bill Clinton.

Litchman was named special assistant to the president of UMB in January 2011. In this role, she was the principal executive on president’s initiatives, such as childhood obesity and wellness initiatives, and advised the president on reputation enhancement, outreach, and communications strategies. In August of the same year, she was named interim chief communications officer (CCO) and vice president (VP). She assumed the role of CCO and VP in August 2012, and was responsible for internal and external communications, strategic planning and crisis communications, branding and marketing, media relations, social media, publications and editorial, special events, and web development functions for the University. The Office of Government Affairs began reporting to her in June 2015, and the Office of Community Engagement followed suit in November 2015.

Litchman lives in Annapolis with her husband, Jonathan, and their two children, Jack and Jiselle “MeMe,” and a pandemic cat named Kitten. Originally from Ames, Iowa, Litchman and her 10 best childhood friends are the subjects of the nonfiction book “The Girls from Ames” by Jeffrey Zaslow, which spent more than six months on The New York Times best-seller list, reaching a high of No. 3. Litchman was named one of Maryland’s “Top 100 Women” by The Daily Record in 2016, was chosen as a member of the Leadership Maryland Class of 2017, and was a Baltimore Magazine Woman Who Moves Maryland in 2018. She sits on the boards of Port Discovery Children’s Museum and Everyman Theatre and is a member of the Women’s Advisory Board of Ronald McDonald House Charities of Baltimore.

Back to Administrative Officers