Just one visit to Lexington Market was enough for 19th century poet and philosopher Ralph Waldo Emerson to declare Baltimore the “Gastronomic Capital of the World,” and that was even before Faidley’s crab cakes and Berger cookies arrived on the scene.

It all started right where it is now, on a small field donated by John Eager Howard, a Baltimore-born Revolutionary War hero who later became Maryland governor and a U.S. senator, and for whom Howard Street and Howard County are named. 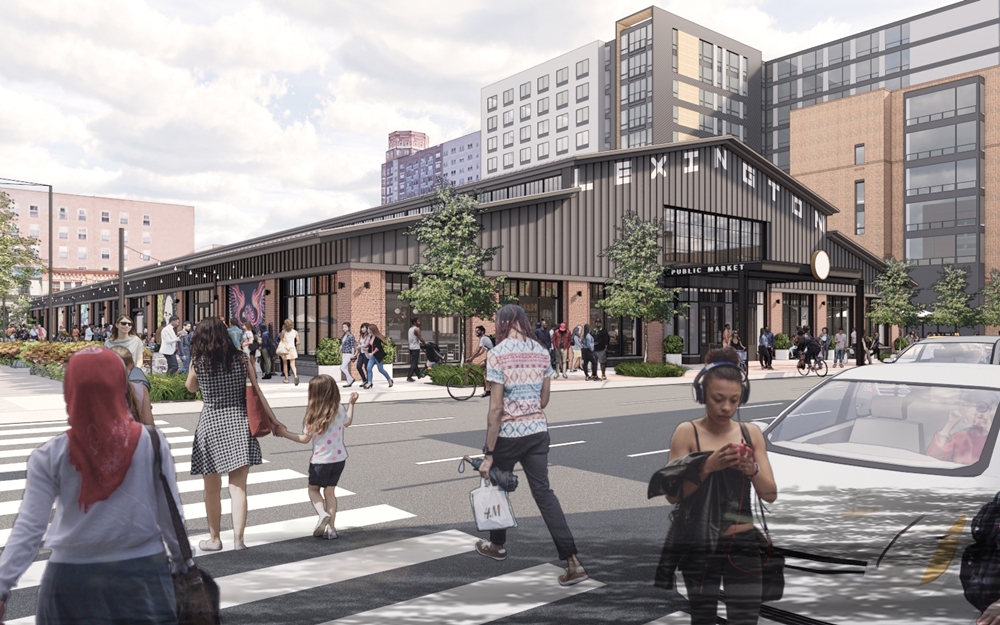 Over the last 238 years, the market has grown from a farmer’s market for locally grown produce to a vibrant center of commerce with an international assemblage of fresh and prepared food, as well as community-focused services. It’s also an important center of cultural and civic activity where downtown meets the west side.

There have been challenges and changes along the way, of course. The market got its first shed — a covering to help keep rain off the produce — at the start of the 19th century. As the 20th century began, the market grew to include three block-long sheds and a thousand stalls, with just as many vendors outside, their carts crowding the surrounding streets. It got so crowded and disruptive that one former mayor even called for the market’s removal.

That didn’t happen, although the city eventually did ban street vendors around the market. Not long after World War II, in 1949, a massive six-alarm fire caused tremendous damage. Still, the market survived and rebuilt, although in recent decades its reputation has eroded somewhat, along with its iconic structure.

Unwilling to give up on one of Charm City’s most storied and treasured gems, city government has backed a $40 million plan to redevelop Lexington Market with a new building, a new mix of vendors, and a new community-focused approach — set to open in early 2022.

At a groundbreaking in February, Gov. Larry Hogan said, “Sadly over the past 50 years, the market itself and the area surrounding the market experienced significant decline and economic disinvestment, which affected the ability to respond to the city’s diverse communities and residents. That ends today.”

Seawall, which developed Remington’s R House and Remington Row as well as Union Collective in Hampden, broke ground in February on what’s called the South Market building, on the site of what was an adjacent parking lot. The old arcade building — right where Lexington Street intersects Paca — has come down and will become an open-air plaza with plenty of outdoor seating.

The South Market will include 55 permanent vendors and 10 kiosks, the smaller venues rented weekly or monthly that are ideal for startup entrepreneurs.

But just as important as any of that is the philosophy underlying everything that’s being done with the new market. After nine generations of Baltimoreans, the Seawall development team looks at this as an opportunity to re-create Lexington Market for a new generation.

For more than a year Seawall has been asking all parts of the community about what they want and how they feel about the market. A flood of businesses have applied to be vendors at the market, with another round of applications coming in January. And the door is wide open for new entrepreneurs with the help of a $1.3 million small business fund, to which the University of Maryland, Baltimore (UMB) has contributed.

The expected result is a wider variety of affordable offerings, more fresh food and groceries, a more diverse group of business owners, and — remembering what Emerson said — an excellent representation of the best of Baltimore’s food culture.

On the Oct. 22 edition of Virtual Face to Face with Dr. Bruce Jarrell, two members of the Seawall development team, Peter DiPrinzio and Pickett Slater Harrington, explained their vision for Lexington Market as well as a sense of how the project is proceeding. After a discussion with host UMB President Bruce E. Jarrell, MD, FACS, and James L. Hughes, MBA, senior vice president and chief enterprise and economic development officer, DiPrinzio and Harrington fielded a wide variety of questions from the audience, including everything from the status of favorite longtime vendors to the prospects for UMB cultural, educational, and service activities at the new market.

To watch the whole discussion, access the link above.