Study: Opioid Use Has Lasting Impact On Child Development

As the number of pregnant women using opioid drugs continues to rise, questions have been raised about the long-term health effects on children exposed to these drugs in the womb. Researchers at the University of Maryland School of Medicine (UMSOM) now have preliminary but striking evidence that suggests that such exposure can cause long-lasting impairment in the brain’s ability to process sensory information. These impairments may give rise to autism, attention deficit hyperactivity disorder, and substance use disorders during adolescence. The landmark study, recently published in Journal of Neuroscience, used a preclinical model to study the issue and found that newborn mice exposed to the opioid fentanyl in the womb developed withdrawal symptoms and sensory processing disorders that lasted at least until adolescence.

“While we had evidence on the effects of fentanyl exposure in newborns, such as premature birth and low birthweight, our study provides new preliminary evidence that the effects of fentanyl last well into adolescence and beyond,” said study author Asaf Keller, PhD, interim chair of the Department of Anatomy & Neurobiology. “It is a novel and important finding, but one that needs to be replicated in clinical studies.”

The experiments were led by graduate students Jason Alipio, Catherine Haga, and other colleagues in Keller’s laboratory, and in the laboratory of Mary Kay Lobo, PhD, professor of anatomy and neurobiology at UMSOM. The work was supported by the Substance Use in Pregnancy Center at UMSOM and by the MPowering The State Opioid Use Disorders Research Collaboration. 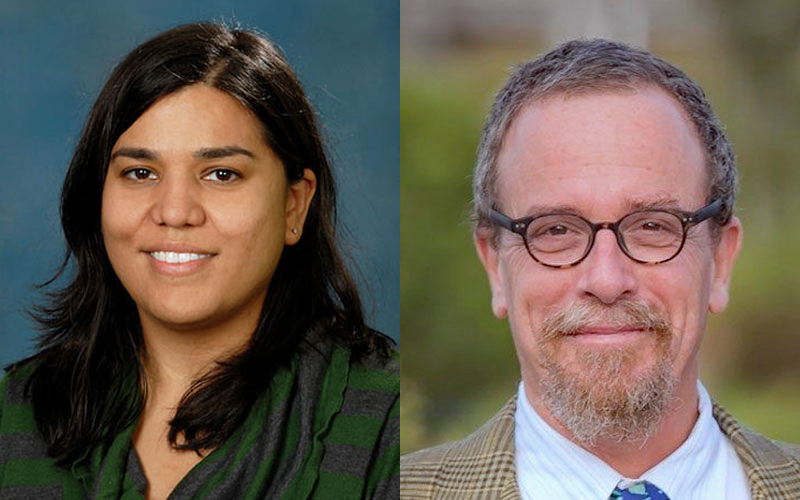 An estimated 7 percent of women reported using prescription opioid pain relievers during pregnancy, with one in five of them reporting that they misused these drugs outside of a provider’s care, according to 2019 data from the Centers for Disease Control and Prevention (CDC). The problem likely has grown worse during the COVID-19 pandemic. Drug overdose deaths — primarily caused by the illicit use of fentanyl — have skyrocketed to their highest level ever recorded during the 2020 pandemic, according to the CDC.

To conduct the study, Keller and his colleagues exposed pregnant mice to various doses of fentanyl throughout their pregnancies and evaluated the newborn pups through their first few weeks of life (adolescence). They found that newborn mice exposed to the highest levels of fentanyl exhibited the most profound neurological effects, exhibiting anxiety-like behaviors when exposed to low levels of stress. They also found differences in their brain circuitry and found the mechanisms cells used to communicate with each other had been permanently altered.

“There were weaker connections in the regions of the brain involved in sensory processing, and stronger connections in regions associated with higher brain processing,” Keller said. “We are not at the point of proving causality from the fentanyl exposure, but it is a strong correlation.”

Next steps in the investigation include the design of a study to demonstrate that these changes in the brain lead to behavior changes. Once that connection is established, researchers can begin to evaluate therapies, either drug or behavioral, to determine what steps can help to alleviate any long-lasting impact on children exposed to opioids in the womb.

“This is a significant finding that underscores how much we still do not understand about the long-lasting effects of drug exposure to the developing fetus and newborn,” said UMSOM Dean E. Albert Reece, MD, PhD, MBA, executive vice president for medical affairs, University of Maryland, Baltimore and the John Z. and Akiko K. Bowers Distinguished Professor. “It clearly demonstrates the need for more research to understand fully how such exposure disrupts normal brain development, and to identify therapies that can work to help these children.”