Tucked underneath the brain’s outer, wrinkly cortex is a deeply mysterious area, known as the claustrum. This region has long been known to exchange signals with much of the cortex, which is responsible for higher reasoning and complex thought. Because of the claustrum’s extensive connections, the legendary scientist Francis Crick, PhD, of DNA-discovery fame, first postulated in 2005 that the claustrum is the seat of consciousness, or in other words, the region of the brain enabling awareness of the world and ourselves.

Researchers at the University of Maryland School of Medicine (UMSOM), however, now posit that Crick may have been incorrect: They developed a new theory — built on data — that the claustrum behaves more like a high-speed internet router, taking in executive commands from “boss” areas of the brain’s cortex that form complex thoughts to generate “networks” in the cortex. Acting like a router, the claustrum coordinates these networks to work together to accomplish the many different cognitively demanding tasks we perform on a moment-to-moment basis in everyday life. 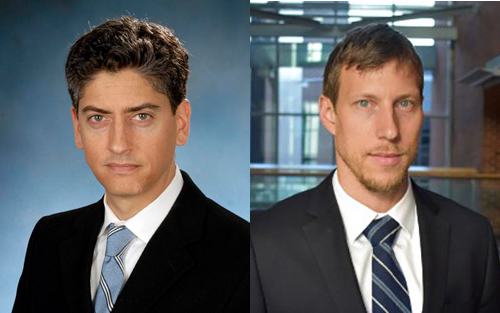 Understanding how the brain forms and coordinates these networks in the cortex through the claustrum is important, since disorganized networks are a typical feature across many disorders, such as addiction, Alzheimer’s disease, and schizophrenia. This insight may help lead to better therapies to address cognitive dysfunction in these disorders.

“The brain is the most complex system in the known universe. It is these data-driven theoretical advances that propel our knowledge forward toward harnessing that complexity for improving human life,” said Brian Mathur, PhD, associate professor of pharmacology at UMSOM. “As the most highly connected structure in the brain, the claustrum is a window into the enigma of the brain, the mind.”

The new findings and hypothesis were published on Sept. 30, 2022, in Trends In Cognitive Sciences.

In an effort to identify the precise role of the claustrum, Mathur and his colleagues conducted a series of experiments on both animals and people. One experiment used modern neuroscience approaches to turn off the claustrum in conscious mice. These mice didn’t lose consciousness and kept running around normally. One strike against Crick’s theory!

Wondering if this finding had any relevance to humans, Mathur collaborated with his colleagues David Seminowicz, PhD, professor of neural and pain sciences at the University of Maryland School of Dentistry, and Fred Barrett, PhD, associate professor of psychiatry and behavioral sciences at Johns Hopkins University School of Medicine. The three organized a research study where they conducted functional MRI brain scans on healthy volunteers who were engaged in either simple or complicated mental tasks. The researchers observed that their claustrum only “lit up” when performing the difficult version of the task. This event coincided with the activation of a network in the cortex involved in optimal cognitive performance. Strike two against Crick’s consciousness theory!

Mathur said that strike three would be when additional experiments support their theory of claustrum function. In doing so, Mathur and his colleagues now seek to understand how the claustrum learns and adapts to orchestrate networks in the cortex to help support cognition.

“Understanding how the brain flexibly forms and coordinates these networks — through the claustrum — is essential to treat cognitive decline, which happens in addiction, Alzheimer’s disease, and schizophrenia,” said UMSOM Dean Mark T. Gladwin, MD, who is also vice president for medical affairs, University of Maryland, Baltimore, and the John Z. and Akiko K. Bowers Distinguished Professor.

Mathur added, “Our hypothesis provides us with a much-needed conceptual framework to devise new therapeutic strategies.”

The study was funded by the NIH’s National Institute on Alcohol Abuse and Alcoholism (grant R01AA028070).