“I kind of have those moments every time I’m cooking or when I’m making coffee in the morning. It’s still kind of a shock, where I’m like, ‘This is mine. This is my home,’ ” he said. 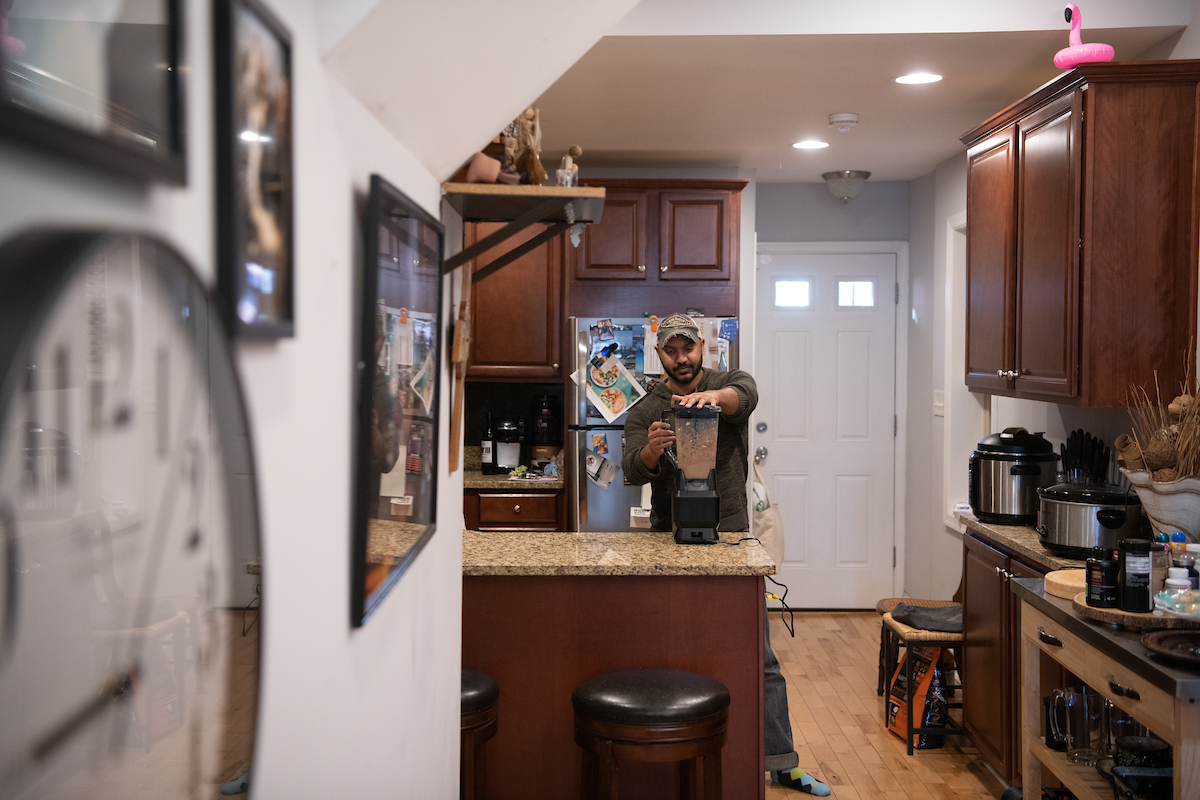 Hanna’s spacious and modern home boasts two bedrooms, three baths, a finished basement, and a fenced-in backyard patio complete with a firepit. Standing in his kitchen and speaking above the whir of a blender, Hanna marvels at the home he never imagined he’d be able to buy before age 40.

“I was under the impression that I needed to save X amount of money, and I was like, ‘There’s no way. I won’t be able to do that anytime soon,’ ” Hanna said. He calls the LNYW program an “absolute blessing” that allowed him to combine his love of city life with his desire to be able to walk to work.

“I’m literally a 10-minute walk from work. I don’t need a car, and it’s just incredibly convenient to be able to wake up in the morning knowing that I’m not going to get stuck in traffic. My neighbors are awesome, too. People are super friendly, and everything I need is right here just across the street,” he said, motioning toward a shopping center up the block.

The LNYW program is a homebuying assistance benefit for UMB employees that offers $16,000 as well as a matching $2,500 Baltimore City grant to be used toward the down payment and closing costs on homes in nine West Baltimore neighborhoods: Barre Circle, Franklin Square, Hollins Market, Mount Clare, Pigtown/Washington Village, Poppleton, Union Square, and Druid Heights and Heritage Crossing, which were added in 2020.

“It means that 63 of our employees have purchased homes since 2018,” Rhodes says. “We’re just very excited about where we’ve gotten in such a short period of time.”

Rhodes views homeownership as an economic step up for many employees who may not have been able to set aside the significant amount of money required for a down payment.

“Many of our homeowners are female. We have people that are across the educational spectrum. We have people of all different races. This, to me, was a direct act of community engagement,” she says.

Rhodes was instrumental in revitalizing the LNYW program, which increased the rarely used benefit from $2,500 to $16,000 in 2018 and boosted community partnerships with Live Baltimore, the Southwest Partnership, and GO Northwest Housing Resource Center to offer homebuying workshops, financial counseling, neighborhood tours, and a housing fair.

According to Rhodes, participating in LYNW is a winning proposition on all fronts.

Hanna agrees. “There’s something about saying I’m an owner that just boosts my confidence and my self-esteem, knowing that this is my home and I’m here as long as I want to be here,” he says.