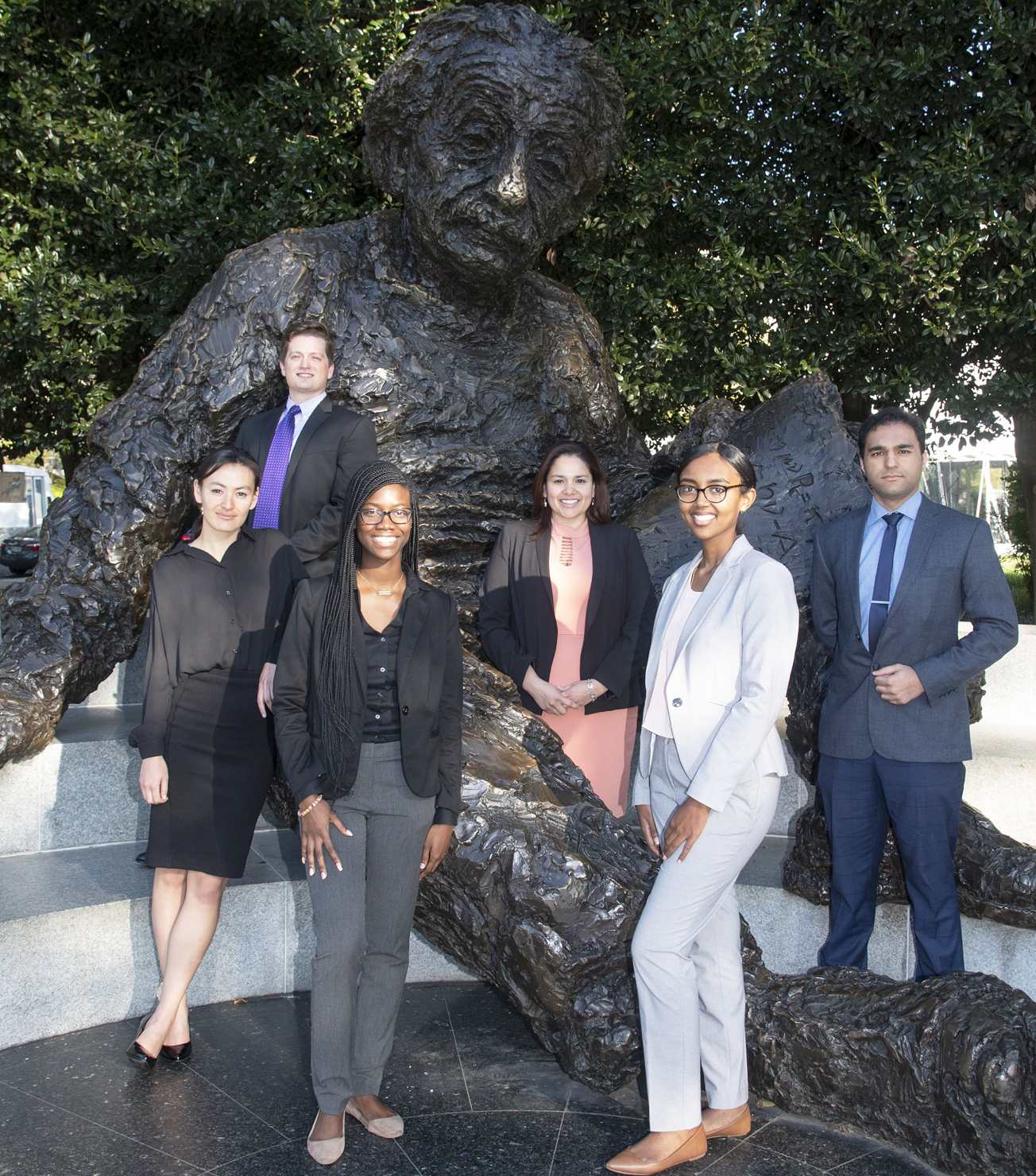 Each year, NAM chooses a topic for the case that is relevant in the D.C. area and also has broader domestic and global resonance. Judges base their decision on the interdisciplinary nature of the response, feasibility of implementation, creativity, and practicality. Each team must represent at least three disciplines.

The case is written by students drawn from the participating universities.

Each team confronted the same task, which was to develop a holistic and realistic plan to solve the challenge titled: “Reducing Health Disparities in Maternal Mortality by Addressing Unmet Health-Related Social Needs.” The competition included not only crafting the plan, but also demonstrating organizational, marketing, and presentation skills in the course of doing so.

“Once the case is released, only two weeks from presentation day, the students have to rapidly figure out team dynamics,” commented Gregory Carey, PhD, an associate professor at UMSOM who is among the group’s faculty advisers and mentors.

“The solution includes realistic and judicious use of a theoretical $2.5 million budget,” said Carey, director of student research and community outreach at UMSOM. He explained that the amount is equivalent to that of a National Institutes of Health Research Project Grant (R01) and that the team also must consider related factors such as the ability to leverage pre-existing programs and resources.

Last year’s team, which won the 2018 Challenge grand prize, was made up of students from the same four professional schools at UMB. One of its members, McMillan Ching, a UMB Science Training for Advancing Biomedical Research Post-Baccalaureate Research Education Program (STAR-PREP) fellow at UMSOM, was selected as a case writer of the 2019 challenge.

The challenge is co-sponsored by the National Academy of Medicine’s Kellogg Health of the Public Fund and the National Academies of Sciences, Engineering, and Medicine’s Roundtable on Population Health Improvement, with support from the Global Forum on Innovation in Health Professional Education.