The UMB CURE Scholars Program has welcomed Gia Grier McGinnis, MS, to its team as the program’s new executive director. A proud Baltimore City native and Western High School alumna, Grier McGinnis is thrilled to be overseeing a program that holds such a personal connection to her.

“I, myself, was a youth in Baltimore and was exposed to environmental sciences through STEM [science, technology, engineering, and math] education programs run by nonprofits and universities in the city,” she says. “That’s really what got me hooked on what became the early part of my career, so I’m a real believer in programs like CURE and I have a real passion for STEM inclusion work.” 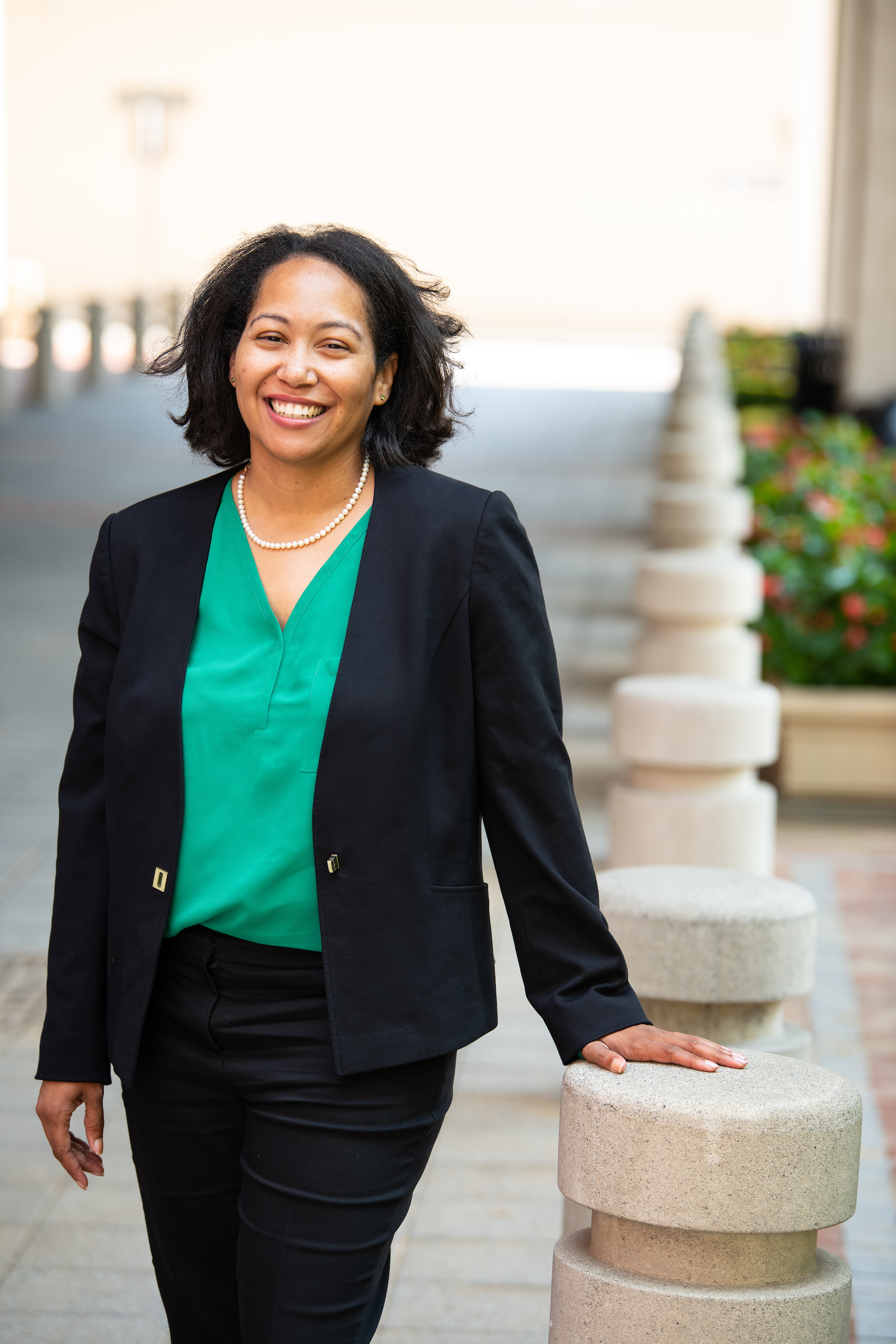 UMB’s pipeline mentoring program is unique in that it begins with students with an interest in science as young as sixth grade. Now as the fifth cohort of UMB CURE Scholars prepares for the school year, the original CURE Scholars are tackling the challenges of high school, many mentoring the latest cohort members who share their dreams of health and research careers.

Grier McGinnis comes to the University of Maryland, Baltimore (UMB) after 12 years at Johns Hopkins University (JHU), where she served in leadership roles at the JHU Center for Social Concern. Before her work at JHU, Grier McGinnis was a public outreach specialist for a global engineering firm, a research assistant for the University of Michigan’s Minority Environmental Leadership Development Initiative, and an AmeriCorps VISTA member for a leadership development program serving Washington, D.C., middle school students.

She earned her bachelor’s degree in environmental studies from Washington College and her master’s in environmental policy from the University of Michigan, with a research focus on environmental justice and health and diversity in the environmental field. She’s now a DrPH candidate at Morgan State University’s School of Community Health & Policy, where she serves on the Community-University Advisory Board (CUAB) for the ASCEND initiative, which is housed within the school’s Prevention Science Research Center. The CUAB is the branch of ASCEND that oversees a small grants program for participatory research projects. ASCEND is supported by the National Institutes of Health’s BUILD initiative to promote diversity in the biomedical workforce.

While growing up in Northwest Baltimore, Grier McGinnis participated in several programs, including those at the Chesapeake Bay Foundation, the National Aquarium in Baltimore, and a university-sponsored after-school Environmental Justice Youth Council. She says these programs not only helped shape the direction of her career, but they also provided her with mentors who inspired her.

“CURE is very similar to what I did as a child, but instead of environmental science, CURE focuses on health and medicine,” she explains. “Before I got involved in these programs, I didn’t really know much about the different career pathways that were out there for me, so I know that they can really make a difference in the lives of young people. I want to continue to offer the scholars opportunities to meet scientists that look like them and continue providing that social and emotional support system that has already been established in the program.”

Saunders decided to leave her role as executive director and move into a new position as executive consultant. She will remain an integral part of the UMB CURE family and continue to support the program’s progress in many ways, including assisting with Grier McGinnis’ transition into the executive director position.

“This is an exciting time for me personally and for the UMB CURE Scholars Program,” Saunders says. “Having Gia Grier McGinnis as the new executive director brings new excitement, new talent, along with new ideas and new energy. The CURE Scholars Program is like ‘my baby,’ and after four years of overseeing the program, I’m extremely confident passing the baton on to Gia. CURE is in very capable and experienced hands!”

In her new role, Grier McGinnis plans to continue building onto the program’s high school component, CURE Connections (C2). This year, C2 will have scholars in ninth and 10th grade, and she hopes to see them take their research to the next level with more dissemination and hands-on application work in the community.

“We’re creating the next generation of change agents, so we want to show these students how to hone their craft academically but also learn to navigate cultural challenges that they will face in the field,” she says. “They’ve learned a lot about the fundamentals of research and the building blocks of science, and now, as high schoolers, I want them to look at how can they use those set of skills to have real application in the field for societal good.”

Grier McGinnis is eager to start making lasting connections with each CURE Scholar on Aug. 24 at the “Back to CURE Cookout,” the kickoff event for the new academic year. She wants the scholars, families, and the rest of the CURE team to know that her door is always open and that she is eager to contribute.

“It’s feels great to continue to support the city I grew up in,” she says, “and I’m excited to get started!”