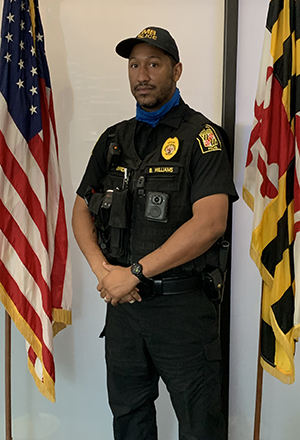 Williams says his favorite part of being a police officer is taking negative situations and turning them into positives. He spent four years as a police officer with Morgan State University, where he earned officer of the quarter two years in a row. During his time at Morgan State, he remembers being officer in charge during the university's homecoming celebration.