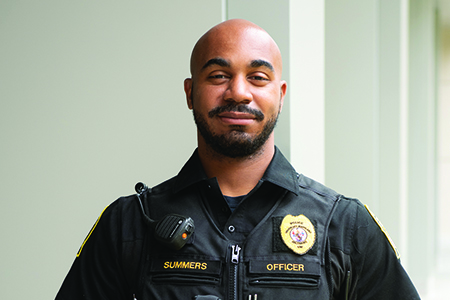 This month, we would like to introduce you to Anthony Summers. Officer Summers began working with UMB in October 2017.

Officer Summers is one of the officers assigned to the UM BioPark. He is the first line of defense for the PAL (Police Athletic/Activities League) kids and is a role model and mentor to them, serving an integral role within the Community Engagement Center. He also assists the Campus Outreach and Support Team (C.O.A.S.T.) in its efforts to help the homeless get back on their feet.