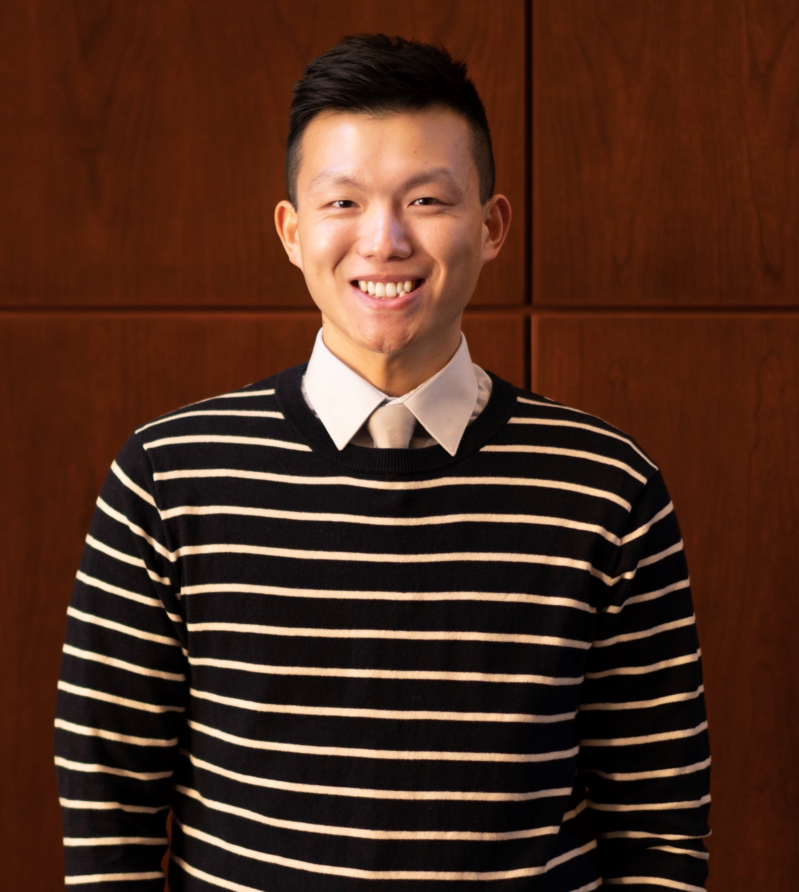 Shi “Porter” Yang, JD, grew up in a rural town in Taiwan and didn’t start learning English until he moved alone to Australia to pursue an education when he was 12. During the last 13 years, Yang completed his middle and high school education in Australia, earned a bachelor’s degree with honors in three majors — political science, criminology, and sociology — from Fairleigh Dickinson University’s (FDU) Florham campus in Madison, N.J., and earned a Juris Doctor degree from the University of Maryland Francis King Carey School of Law.

At FDU, Yang received a Student Pinnacle Award, the highest honor the university bestows on a graduating student. The award recognizes one student from each FDU campus who has demonstrated academic excellence, public service, and commitment to the university. He also participated in the University Honors Program, won a Dean’s Award for Academic Excellence, and served as president of the Student Government Association.

After graduating from FDU, Yang spent a year as legal assistant specialist/paralegal with Riker Danzig LLP in Morristown, N.J., an experience that he says affirmed his passion for litigation work.

Upon arriving in Baltimore in 2017, Yang became actively involved in the Carey School of Law community. He was the head coordinator of the Peer Advisors Program, welcoming prospective and incoming students to the school; a member of the National Trial Team, competing in tournaments throughout the country; and a student attorney at the Immigration Clinic, helping clients with a variety of legal issues.

Yang also gained work experience in private and public legal practices during his time at Carey School of Law. He interned for Court of Special Appeals and Circuit Court for Baltimore City judges, clerked for a U.S. Senate committee, served as a faculty research assistant, and worked for Jackson Lewis PC during his second-year summer.

With his unique personal experience and training at Carey School of Law, Yang says he can’t wait to influence the professional community with his diverse perspective and work ethic. He graduated from Carey School of Law in May, is studying for the bar exam, and expects to become a U.S. citizen in 2020.

Do you remember the moment you received your acceptance letter from the School of Medicine? The School of Dentistry? The School of Pharmacy? The School of Nursing? The Graduate School? The School of Social Work? And the Carey School of Law? That joyful moment represents a major accomplishment because we were all excited to become a student in our own profession and could not wait to dedicate our time and knowledge back to the community. Many years later, we are now about to make more history through another accomplishment, but we must remain true to our original aspiration and keep our mission firmly in mind.

I had the privilege of attending this year’s interprofessional education event, also known as IPE Day. Through that event, we all became the leaders in each of our professions where people rely on our professional and ethical judgment. IPE Day offered me a sense of ideas on how resourceful we can be, if the health, the law, and the human services professions work together to provide insightful and excellent solutions and advancement to the lives of people locally, nationally, and globally. As COVID-19 showed us, a small action, whether positive or negative, can significantly impact our global community.

This year, we have graduates from over 50 countries. Some of us will remain in Maryland, some of us will move to other states, and some of us will go abroad. But no matter where you go, there is always a need from you. We must bear in mind that it is a privilege to be a member of our profession.

Our professors and mentors, our readings and assessments, everything we have done in the last few years have expanded our knowledge and expertise, and now we must utilize our knowledge in order to advance the human health condition and serve the public good. Being well-educated members of our profession, we can now strive to build rich inner lives marked by moral depth, empathy, and humility. For example, my ultimate goal is to provide my clients with clear and reasoned advice, regardless of the complexity of the issue. To me, that is my way of helping others. Now what is yours?

Class of 2020, we all know that we would not be here without the ongoing support and effort from the following groups of people. First, we must thank our faculty and staff. Next, we need to thank the University of Maryland, Baltimore for offering us such a great learning experience and a nurturing community. Now we must thank our parents, family, and significant others for all their support and encouragement. And most importantly, please do not forget to text or email your friends, colleagues, or classmates, and tell them, “Congratulations!”

Our journey does not end right here. Now it is time for us to begin a new chapter in our life. It is time for us to continue our journey with intellectual curiosity. It is my great honor to congratulate you on earning a new degree. Please stay safe until we see each other in person to celebrate our accomplishments. Best wishes to you, and take care!