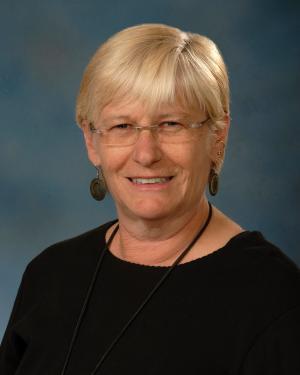 As a researcher for nearly 25 years in the Department of Physical Therapy and Rehabilitation Science at the University of Maryland School of Medicine, Jill Whitall attracted several million dollars in funding.

More than the numbers what has stuck with Whitall are the people who have benefited from her research in areas related to rehabilitation.

Patients of all ages benefited from her funded research projects, which fill five,pages of her CV. “Working with children with DCD [developmental coordination disorder] from 2000 to 2008 is also a favorite because this population is neglected and needs more attention,” says Whitall, who is now professor emeritus after retiring on Jan. 1, 2018.

“I also enjoy collaborating with colleagues in Southampton, U.K., [where she is a part-time professor in the Faculty of Health Sciences] on funded projects designed to help patients train their arms at home.”

Although she handled a variety of administrative roles, including director of the PhD program, and taught/mentored students in both the PhD graduate program and the Doctor of Physical Therapy professional program, Whitall considers herself a researcher first.

The key to her continuous funding has been “good colleagues with whom to work and the opportunity to spend time on writing grants and papers,” she says.

Her primary research focus for the last 20 years was on improving bimanual and gait rehabilitation for individuals with stroke by using motor control and learning principles to develop new treatment programs, testing these interventions, and trying to understand principles of recovery.

She has held elected positions in national and international societies, including as president of the North American Society for the Psychology of Sport and Physical Activity, has served extensively as a reviewer for grants, and was elected and inducted into the National Academy of Kinesiology in 2008.

As professor emeritus, Whitall is still active in the Department of Physical Therapy and Rehabilitation Science, working on two grants and helping with the transition of a new director of the PhD program.

All in all it has been a rewarding career, one made even nicer with her selection as honorary student marshal for commencement on May 18.

“I respect the tradition of graduation ceremonies,” Whitall says, “so I’m surprised and pleased to be asked to take part.”


Back to Speakers and Honorees