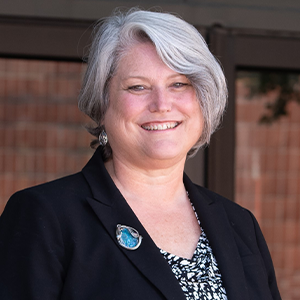 Judy L. Postmus began her term as dean of the University of Maryland School of Social Work (UMSSW) on July 1, 2020. Selected after a nationwide search, Postmus succeeded Richard P. Barth, PhD, MSW, who had served as the school’s dean since 2006.

Postmus’ research has focused on the physical, sexual, and economic victimization of women. At Rutgers, she was the founder and director of the Center on Violence Against Women and Children (2007-2018), which works to eliminate physical, sexual, and other forms of violence against women and children — and the power imbalances that permit them — through multidisciplinary research, education, and community engagement.

In 2016, Postmus received a grant from the National Institute of Justice (NIJ), within the U.S. Department of Justice, to create the Rutgers Violence Against Women Research Consortium. The consortium works collaboratively with interdisciplinary researchers and NIJ research scientists to identify, implement, and disseminate research and evaluation projects that fill the gaps in our current knowledge on intimate partner violence, sexual violence, stalking, and teen dating violence.

Born and raised in Miami to immigrant parents, Postmus says she always wanted to help those who are oppressed based on race, gender, and class, and she sees her role as UMSSW dean as a return to those roots. She began working with at-risk youth and their families in Liberty City, Fla., an environment where racism and poverty were rampant and violence erupted in response in this disenfranchised community.

After earning her MSW degree from the Barry University School of Social Work in 1990, Postmus worked as a program director and associate director at Miami Bridge, a runaway and homeless youth shelter in Miami, and then as executive director of Domestic Abuse Shelter, Inc., in the Florida Keys. She received her PhD from SUNY-Albany School of Social Welfare in 2002.