The title of Distinguished University Professor is the highest appointment bestowed on a faculty member at UMB. It is a recognition not just of excellence, but also of impact and significant contribution to the nominee’s field, knowledge, profession, and/or practice. 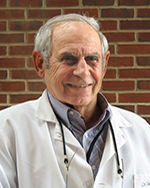 Professor, Department of Oncology and Diagnostic Sciences
University of Maryland School of Dentistry

Bio: Leslie Costello, PhD ▾
Leslie Costello has been a member of the University of Maryland School of Dentistry faculty since 1980, distinguishing himself as an educator and biomedical researcher.

Dr. Costello, whose investigative focus is on the metabolism of cancer cells, has received more than five decades of extramural grant support and made significant contributions to the scientific understanding of cancer — particularly prostate cancer. He received his first National Institutes of Health (NIH) and National Science Foundation grants in 1962 and has been awarded approximately $30 million through 31 grants, including 23 from NIH.

His discoveries and insights have had widespread implications for the understanding and treatment of prostate cancer, as well as breast, pancreatic, liver, and head and neck cancers, opening important new avenues of investigation into diagnosis and patient care, including the potential use of zinc as a biomarker for prostate cancer.

A prolific author, Dr. Costello has produced more than 175 reviewed articles in high-impact journals such as the Archives of Biochemistry and Biophysics, Journal of Cancer Research and Clinical Oncology, and the Journal of Cellular Biochemistry, as well as co-edited, authored, or contributed chapters to five books. Since 1975, his scientific articles have been cited more than 6,000 times, according to Google Scholar. Additionally, he has served as a reviewer for scientific journals including the Journal of Cellular and Comparative Physiology, Science, The Prostate, and Endocrinology.

Elected to the Rho Chi Honor and the Sigma Xi societies, Dr. Costello is a member of many other professional associations including the American Physiology Society, Endocrine Society, Maryland Biological Society, and Society for Basic Urological Research. He has a bachelor’s degree in zoology, a master’s in zoology/biochemistry, and a PhD in physiology/biochemistry, all from the University of Maryland, College Park. 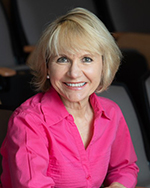 Bio: Diane Hoffmann, JD, MS ▾
Diane Hoffmann, a member of the Francis King Carey School of Law faculty since 1987, is an internationally recognized expert on the intersection of law, health care, ethics, and public policy, and has led the school’s Law and Health Care Program for more than 20 years.

Professor Hoffmann’s writings have generally focused on end-of-life care, legal obstacles to the treatment of chronic pain, and the regulation of new medical therapies and technologies. She has had numerous articles on health law and policy published in legal journals as well as scientific and medical journals such as Science, JAMA, the New England Journal of Medicine, and the Annals of Internal Medicine.

Professor Hoffmann was one of the primary authors of Maryland’s Health Care Decisions Act, which established standards and procedures for making medical decisions for individuals at the end of life who lack decision-making capacity. She has served on numerous ethics committees including those at the University of Maryland Medical System and the National Institutes of Health Clinical Center. She also is the founder and director of the Maryland Healthcare Ethics Committee Network, which publishes the Mid-Atlantic Ethics Committee Newsletter.

Professor Hoffmann served in leadership positions at Maryland Carey Law for 13 years, first as associate dean for faculty and external affairs and then as associate dean for academic programs. In that time, she was instrumental in establishing several centers and academic programs, including the Intellectual Property Law Center and Clinic; the Center for Tobacco Regulation; the Leadership, Ethics and Democracy Building Initiative; five dual-degree programs; and programs on diversity and professionalism.

She received her bachelor’s degree in public policy from Duke University, a master’s in health policy and management from the Harvard School of Public Health, and her law degree from Harvard Law School. 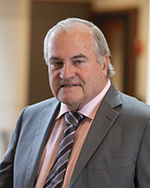 Bio: Robert Percival, JD, MA ▾
Robert Percival, a Maryland Carey Law faculty member since 1987, is internationally recognized as a leading scholar and educator on the topic of environmental law. Since 1992, he has been the principal author of the most widely used casebook on environmental law in the United States, “Environmental Regulation: Law, Science, and Policy,” now in its ninth edition.

Professor Percival is the author of more than 100 publications on topics such as environmental law, federalism, presidential powers, regulatory policy, and legal history. He taught as a visiting professor at Harvard Law School in 2000 and 2009 and at Georgetown University Law Center in 2005 and 2011.

He has received numerous awards and accolades, including the University System of Maryland Board of Regents Faculty Award for Collaborative Teaching in 2005; the University of Maryland, Baltimore’s Teacher of the Year Award in 2007; and the Senior Distinguished Education Award from the International Union for Conservation of Nature’s Academy of Environmental Law in 2014.

Professor Percival also has served as the contributing editor for environment and natural resources for the Federal Circuit Bar Journal and a special master for the U.S. District Court of Maryland. He received his bachelor’s degree in economics and political science from Macalester College, a master’s in economics from Stanford University, and his law degree from Stanford Law School. 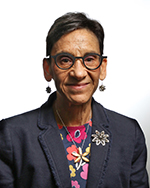 Bio: Barbara Resnick, PhD, RN, CRNP, FAAN, FAANP ▾
Barbara Resnick, a member of the University of Maryland School of Nursing (UMSON) faculty since 1996, is well-known and highly regarded for research that is focused on optimizing function and physical activity among older adults, facilitating healthy behaviors among older adults across all settings of care, exploring resilience and genetics on function and physical activity, and testing dissemination and implementation of interventions in real-world settings.

Dr. Resnick has a significant record of publications, with more than 380 refereed publications in high-impact nursing, medical, and interdisciplinary journals relevant to geriatrics and behavior change. She also has written over 55 book chapters in nursing and medical textbooks and served as editor or co-editor of 11 books. 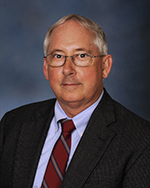 Bio: Dudley Strickland, PhD ▾
Dudley Strickland has been a member of the University of Maryland School of Medicine (UMSOM) faculty since 2004, arriving after a 22-year tenure as a researcher for the American Red Cross. He was recruited to UMSOM along with a team of 15 senior faculty members with more than $10 million in research funding. This group formed the basis of the Center for Vascular and Inflammatory Diseases, which was created in 2005 with Dr. Strickland as director.

As associate dean of graduate and postdoctoral studies at UMSOM, he oversees about 300 students participating in seven graduate programs and leads the Office of Postdoctoral Scholars, which is responsible for about 300 postdoctoral fellows.

Dr. Strickland’s research has been continuously funded since 1982. His work on low-density lipoprotein receptor-related protein 1 (LRP1) and his discovery of the receptor associated protein (RAP) have had a profound effect on biomedical science in relating to Alzheimer’s disease, cardiovascular disease, and cancer. More recently, his lab identified mutations in LRP1 that lead to the development of abdominal aneurysm.

Dr. Strickland received a Distinguished Researcher Award in 1996 from George Washington University and was selected to deliver the Sol Sherry Distinguished Lecture in Thrombosis by the American Heart Association in 2012. He also won a Dean’s Faculty Award for Diversity and Inclusion from UMSOM in 2014 and was awarded the highly competitive Outstanding Investigator Award from the National Heart, Lung, and Blood Institute in 2017.

He has been invited to present over 40 plenary lectures at national and international meetings and make more than 60 seminar presentations at universities around the country. He has had more than 240 peer-reviewed publications in journals including Cell, Molecular Cell, the Journal of Clinical Investigation, Neuron, and the Journal of Cell Biology. 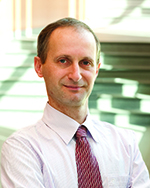 Dr. Swaan has focused his research on unraveling the transport mechanism of bile acids, which — next to their role in lipid digestion — have been recognized to function as complex signaling molecules that modulate glucose, lipid, and energy metabolism. The signaling functions of bile acids can be exploited in the development of drugs for obesity, Type 2 diabetes, hypertriglyceridemia and atherosclerosis, and associated chronic diseases such as nonalcoholic steatohepatitis.

His research laboratory has been funded by the National Institutes of Health (NIH) for more than 20 years. He also has received awards from federal and state agencies, pharmaceutical companies, foundations, and regulatory agencies, with over $10 million in research funding attributable to his efforts.

Dr. Swaan’s scientific record includes over 135 research papers published in high-impact journals, more than 200 published abstracts, nine book chapters, and several patents. He is a highly sought-after speaker nationally and internationally, has been invited to present his work at more than 100 scientific meetings, and has been a member of numerous ad-hoc and permanent NIH study sections.

Since 2015, Dr. Swaan has been chair of the Board of Grants for the American Foundation for Pharmaceutical Education. For more than a decade, he was editor-in-chief of one of the premier journals in the pharmaceutical sciences, the Springer-Nature Journal of Pharmaceutical Research.

As associate dean of research and advanced graduate studies at UMSOP, he has been instrumental in introducing new curricular coursework in research ethics. Further, in a series of papers he co-authored in 2020, Dr. Swaan contributed greatly to analyzing and reporting “Trends in Research and Graduate Affairs in Colleges and Schools of Pharmacy.”

He obtained his master’s degree in pharmacy and PhD in biopharmaceutics from the University of Utrecht in the Netherlands. 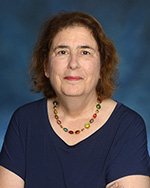 Professor, Department of Microbiology and Immunology
University of Maryland School of Medicine

Dr. Vogel’s research focuses on the analysis of the fundamental mechanisms by which macrophage differentiation facilitates or restricts infectious agents or tumor growth. Her laboratory has made seminal contributions to the area of immunology that is now called “innate immunity,” specifically the mechanisms by which toll-like receptor (TLR) signaling is regulated.

Her lab’s creative use of genetic, molecular, and biochemical approaches, combined with unique animal models of infection, contributed to novel therapeutic approaches for influenza and respiratory syncytial virus (RSV), the development of small-molecule TLR antagonists based on the structural interactions of innate signaling molecules, and a prototype vaccine for the biothreat agent Francisella tularensis.

Dr. Vogel has been a section editor and associate editor for the Journal of Immunology, serves on the Editorial Advisory Board of Innate Immunity, and reviews manuscripts for numerous journals. She has held leadership positions with the American Association of Immunologists, the Society for Leukocyte Biology, and the International Endotoxin and Innate Immunity Society.

She has had about 300 peer-reviewed publications, has mentored 35 postdoctoral fellows and 11 graduate students, and is the director of a National Institutes of Health training grant titled “Signaling Pathways in Innate Immunity.”