How Memory of Interactions Declines with Age

One of the most upsetting aspects of age-related memory decline is not being able to remember the face that accompanies the name of a person you just talked with hours earlier. While researchers don’t understand why this dysfunction occurs, a new study conducted at University of Maryland School of Medicine (UMSOM) has provided important new clues. The study was published Sept. 8 in Aging Cell.

Using aging mice, researchers have identified a new mechanism in neurons that causes memories associated with these social interactions to decline with age. In addition, they were able to reverse this memory loss in the lab. 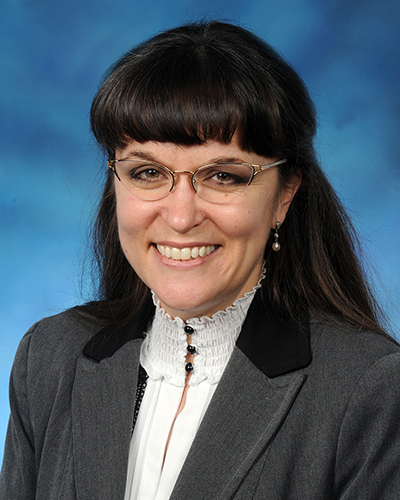 The researchers report that their findings identified a specific target in the brain that may one day be used to develop therapies that could prevent or reverse memory loss due to typical aging. Aging memory problems are distinct from those caused by diseases such as Alzheimer’s or dementia. At this time, there are no medications that can prevent or reverse cognitive decline due to typical aging.

“If an older adult attends a cocktail party, afterwards they would most likely recognize the names or the faces of the other attendees, but they might struggle with remembering which name went with which face,” said the study leader Michy Kelly, PhD, associate professor, Department of Anatomy and Neurobiology, UMSOM.

These kinds of memories that associate multiple pieces of information within a personal interaction, so-called social associative memories, require an enzyme, known as PDE11A, in a part of the brain responsible for memory involving life experiences.

Last year, Kelly published research on PDE11A, demonstrating that mice with genetically similar versions of the PDE11 enzyme were more likely to interact than those mice with a different type of PDE11A. In this new study, Kelly and her team sought to determine PDE11A’s role in social associative memory in the aging brain and whether manipulating this enzyme could be used to prevent this memory loss.

Researchers can study mouse “social interactions” with their neighbors by seeing whether they will be willing to try a new food, based on their memories of encountering that food on the breath of another mouse. Mice do not like to eat new foods to avoid getting sick or even dying from it. When they smell food on another mouse’s breath, mice make an association between the food odor and the smell of the other mouse’s pheromones, the memory of which serves as a safety signal that any food with that odor is safe to eat in the future.

Kelly and her colleagues found that although old mice could recognize both food odors and social odors separately, they were not able to remember the association between the two, similar to the cognitive decline in older people.

They also discovered that levels of PDE11A increased with age in both people and mice, specifically in a brain region responsible for many types of learning and memory known as the hippocampus. This extra PDE11A in the hippocampus was not simply found where it was normally located in young mice; instead, it preferentially accumulated as little filaments in compartments of neurons.

One potential pathway to drug development to prevent this memory loss in people lies in an additional finding: The researchers learned that the concentrated filaments of PDE11A had an extra chemical modification in a specific place on the enzyme that the other PDE11 diffused throughout the neuron did not have. When they prevented this chemical modification, it reduced PDE11 levels and also prevented it from accumulating as filaments.

“PDE11 is involved in more things than just memory, including preferences for who you prefer to be around. So, if we are to develop a therapy to help with cognitive decline, we would not want to get rid of it entirely or it could cause other negative side effects,” Kelly said. She and her colleagues joke that any drug that eliminated PDE11 would ensure you would remember your friends and family, but you may no longer like them. “Thus, our goal is to figure out a way to target the bad form of PDE11A specifically, in order to not interfere with the normal, healthy function of the enzyme.”

Additional authors on the study include students Nicole Gorny, MS, and Siena Petrolle of UMSOM, as well as co-authors from the University of South Carolina.