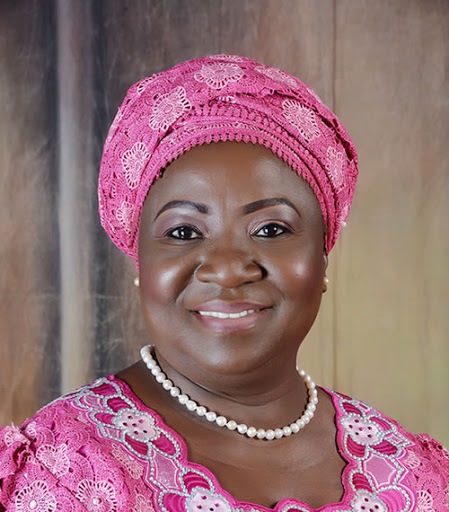 As a practitioner, imagine providing enough information to 300 patients a day while battling a language barrier and cultural differences. You’ve found yourself in Nigeria.

“Knowledge is power in everything that we do,” Abimiku said. “Health literacy, understanding health and health issues, is absolutely critical for a population. The more we empower individuals with knowledge and the ability for them to assimilate all of that information and make a very informed decision about their health is key.”

Abimiku has seen such challenges to health literacy play out in her native Nigeria as she collaborates with UMSOM researchers. It’s not just basic health information being discussed in a cultural context — it’s also biomedical interventions with populations concerning HIV. Two-thirds of new HIV infections in West and Central Africa in 2019 were in Nigeria, according to the Joint United Nations Programme on HIV/AIDS (UNAIDS). The country’s HIV deaths skyrocketed in the 2000s, going from an average of 61,000 around 1995 to 130,000 in 2000, according to UNAIDS.

She outlined four fundamental ways to support health literacy: improve the use of health information, health services, and knowledge to make decisions, then advocate for health literacy.

“There’s not one size that fits all,” Abimiku said. “We’re also seeing in the populations we’re working in where sometimes education is really key, and then other times where other factors are key in making their decisions.”

Speaking the same language is one of the first barriers. While Nigeria’s official language is English, more than 525 native languages are spoken in the West Africa nation.

“What do you lose in that translation in terms of health literacy and in terms of what’s going on?” UMB President Bruce E. Jarrell, MD, FACS, asked.

“Even in terms of engaging the community, the fact that you speak their language really makes a big difference. We have situations where we use an interpreter,” Abimiku said.

Cynthia Baur, PhD, MA, Endowed Professor and director of the Horowitz Center for Health Literacy at UMCP, added that even with interpreted materials, experts have to be careful because of medical jargon used.

So, broken English, or Pidgin English, is often used in Nigeria, to help bridge the gap.

“That is one language that is commonly spoken across Nigeria, in the cities, suburbs, and in the villages. Everyone understands Pidgin English,” said one of the President’s Fellows, Henry E. Inegbenosun, BSN ’15, who was raised in Lagos, Nigeria. “I think that’s something that can be explored when communicating with patients of different parts of a country.”

Inegbenosun is a Doctor of Nursing Practice Family Nurse Practitioner student at the University of Maryland School of Nursing (UMSON).

While overcoming the language barrier, doctors and nurses also are battling quality vs. quantity of care.

“In certain areas of Nigeria, it’s not unusual for a physician to see about 300 patients a day, and the nurses will have to deal with such huge numbers,” Abimiku said. “It’s really important that for every single individual, you see that individual as somebody who is really important.”

Working with an HIV birth cohort since 2006 in Jos, Nigeria, Abimiku worked with collaborators 4,200 miles away in Cape Town, South Africa, to compare infant mortality from birth to 18 months who are exclusively breast-fed versus formula-fed in HIV-positive and -negative populations. It served as a lesson in cultural competency.

With the mother on antiretroviral treatment, the participants are given the option to feed exclusively through breast feeding or formula.

The research on the health of infants eventually prompted the World Health Organization to create guidance that mothers on antiretroviral drugs for HIV treatment can breastfeed for a certain time because the mortality rate is lower than formula feeding.

The causes of death — 30.4 percent caused by diarrheal diseases — were attributed in part to unhygienic practices of mothers, in part because they couldn’t afford formula or didn’t have access to clean water or couldn’t keep items in the refrigerator, she said.

Going into a deeper dive about breastfeeding comparing Cape Town and Jos, researchers also found 6 percent of women in Jos had either a female relative breastfeeding a baby, compared to zero in Cape Town. The data also showed that while the husband had the greatest influence on how the mother feeds her baby in Jos, that influence was spread across the mother and sister the most in Cape Town in part because the marriage rate is lower there.

“Some of our education with this population involved them bringing to the clinic individuals who are also involved in caring for this infant,” Abimiku said.

The next President’s Symposium speaker event with feature Wilma Alvarado-Little, MA, MSW, on Dec. 3 at 4 p.m. Alvarado-Little is the associate commissioner of the New York State Department of Health and director of its Office of Minority Health and Health Disparities Prevention. Registration is open.