Responding to interest in the work of the late Prof. Mark E. Shirtliff, PhD, in the aftermath of his tragic death, the University of Maryland, Baltimore has updated its postings by re-publishing a UMB News piece on his research. The article, “Shirtliff Captures Top Tech Prize for Staph Vaccine, Diagnostics Technology” was written by Steve Berberich and originally posted on Feb. 25, 2013.

New technology from the University of Maryland (UM) could potentially provide a five-minute diagnostic test and a vaccine for tough-to-treat Staphylococcus aureus infections, including the antibiotic-resistant MRSA, often called a "super bug," says inventor Mark Shirtliff, PhD, an associate professor at the UM School of Dentistry in Baltimore.

Shirtliff is the winner of the 2013 BioMaryland LIFE (Leading Innovative Faculty Entrepreneurs) Prize for the most promising technology from the University as awarded by a judging panel at the annual joint meeting of the UM Baltimore Commercial Advisory Board and the Johns Hopkins University (JHU) Alliance for Science and Technology Development. 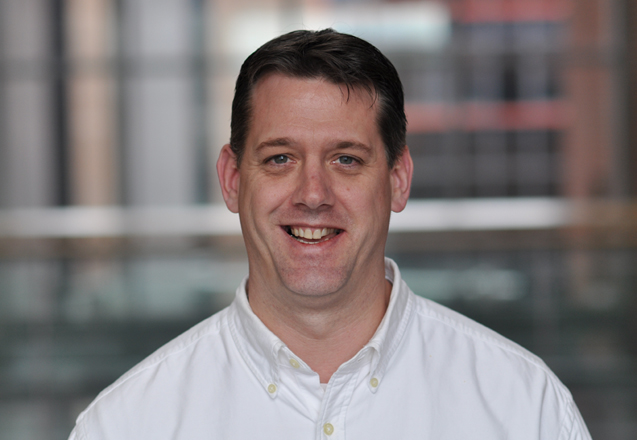 School of Dentistry Professor Mark E. Shirtliff, PhD, who held a secondary appointment in the School of Medicine, is shown early in his career at the University of Maryland, Baltimore.

Methicillin-resistant Staphylococcus aureus, or MRSA, and other drug-resistant forms of bacteria too often colonize implantable medical devices, said Shirtliff, causing many of the nearly 2 million health care-associated infections each year in this country. Such infections cause thousands of deaths every year and the annual cost of treating such infections exceeds $5 billion, according to the Centers for Disease Control and Prevention (CDC).

Shirtliff received the LIFE Prize following his presentation, "Protective Vaccine against Staphylococcus aureus Biofilms and Other Antigens," before an audience of more than 150 venture capitalists, seasoned biotech entrepreneurs, and business development executives from the biopharma industry.

"I am incredibly honored. I owe this to my lab folks and to my dean [Christian S. Stohler, DMD, DrMedDent], my department chair [Patrik Bavoil, PhD] and my early faculty mentor [the late J. William Costerton, PhD] for their support," said Shirtliff.

Shirtliff's laboratory in the School of Dentistry's Department of Microbial Pathogenesis will receive a $50,000 award sponsored by the Maryland Biotechnology Center and the UM Office of Technology Transfer in Baltimore.

Shirtliff, who also serves as an adjunct associate professor in the UM School of Medicine, said that unlike vaccine attempts elsewhere, his vaccine candidate "for multiple forms of staph infections shows 100 percent clearance of the infections in mice." He said his laboratory will apply the prize money to fine-tuning laminar flow assay diagnostics, which he referred to as "a dip stick test" to determine from a patient's blood if it is infected with MRSA. The funding also will advance further proof of concept studies for the vaccine in test animals.

Phil Robilotto, assistant vice president in the UM Office of Technology Transfer, said, "Dr. Shirtliff's invention is incredibly important because between 65 and 80 percent of all infections are biofilm related, including many types of life- threatening diseases such as endocarditis, osteomyelitis and pneumonia. Dr. Shirtliff has demonstrated that multiple antigens are necessary to provide protection against biofilms, and his vaccine has demonstrated excellent efficacy in initial animal models.

"This is currently an extremely hot area of research and his exciting data has already generated a great deal of interest from multiple industry partners."

The LIFE Prize winner for the best new JHU technology was John Wong, PhD, director of medical physics and professor in the JHU Department of Radiation Oncology and Molecular Biological Sciences. Following his presentation, "Real-time Mechanical and Dosimetric Quality Assurance Measurements in Radiation Therapy," Wong said his laboratory would use the $50,000 prize money to develop technology that will aid safer delivery of radiation therapy.

At an evening ceremony honoring Shirtliff and Wong, Maryland Department of Business and Economic Development Secretary Dominick Murray said, "In Maryland, we are fortunate to have within our borders some of the world's best and brightest scientific minds. We are pleased to partner with our world-class universities to promote our state as a hub of research and discovery."