Globally, depression affects more than 300 million people annually. Nearly 800,000 die from suicide every year. It is the second-leading cause of death among people between the ages of 15 to 29. Beyond that, depression destroys quality of life for tens of millions of patients and their families. Although environmental factors play a role in many cases of depression, genetics also are crucially important.

Now, a new study by researchers at the University of Maryland School of Medicine has pinpointed how one particular gene plays a central role – either protecting from stress or triggering a downward spiral, depending on its level of activity. 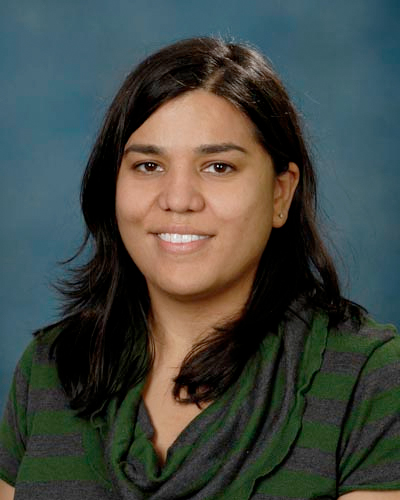 The study, published in the Journal of Neuroscience, is the first to illuminate in detail how this particular gene, which is known as Slc6a15, works in a kind of neuron that plays a key role in depression. The study found the link in both animals and humans.

“This study really shines a light on how levels of this gene in these neurons affects mood,” said the senior author of the study, Mary Kay Lobo, PhD, assistant professor in the Department of Anatomy and Neurobiology. “It suggests that people with altered levels of this gene in certain brain regions may have a much higher risk for depression and other emotional disorders related to stress.”

In 2006, Lobo and her colleagues found that the Slc6a15 gene was more common among specific neurons in the brain. They recently demonstrated that these neurons were important in depression. Since this gene was recently implicated in depression by other researchers, her lab decided to investigate its role in these specific neurons. In this latest study, she and her team focused on a part of the brain called the nucleus accumbens. This region plays a central role in the brain’s “reward circuit.” When you eat a delicious meal, have sex, drink alcohol, or have any other kind of enjoyable experience, neurons in the nucleus accumbens are activated, letting you know that the experience is pushing the proper buttons. In depression, any kind of enjoyment becomes difficult or impossible; this symptom is known as anhedonia, which in Latin means the inability to experience pleasure.

The researchers focused on a subset of neurons in the nucleus accumbens called D2 neurons. These neurons respond to the neurotransmitter dopamine, which plays a central role in the reward circuit.

They studied mice susceptible to depression; when subjected to social stress – exposure to larger, more aggressive mice – they tend to withdraw and exhibit behavior that indicates depression, such as social withdrawal and lack of interest in food that they normally enjoy. Lobo found that when these animals were subjected to chronic social stress, levels of the Slc6a15 gene in the D2 neurons of the nucleus accumbens was markedly reduced.

The researchers also studied mice in which the gene had been reduced in D2 neurons. When those mice were subjected to stress, they also exhibited signs of depression. Conversely, when the researchers enhanced Slc6a15 levels in D2 neurons, the mice showed a resilient response to stress.

Next, Lobo looked at the brains of humans who had a history of major depression and who had committed suicide. In the nucleus accumbens of these brains, the gene was reduced. This indicates that the link between gene and behavior extends from mice to humans.

It is not clear exactly how Slc6a15 works in the brain. Lobo says it may work by altering neurotransmitter levels in the brain, a theory that has some evidence from other studies. She says her research eventually could lead to targeted therapies focused on Slc6a15 as a new way to treat depression.

“Depression remains an urgent national and international public health problem, one that affects hundreds of millions,” said School of Medicine Dean E. Albert Reece, MD, PhD, MBA, who is also the vice president for medical affairs, University of Maryland, Baltimore and the John Z. and Akiko K. Bowers Distinguished Professor. “Dr. Lobo’s new study provides a potential pathway to a better understanding, and perhaps even better treatments, for one of the most vexing symptoms of this difficult disease.”