Each winter, the University of Maryland Center for Regulatory Science and Innovation (M-CERSI) hosts the “America’s Got Regulatory Science Talent” competition. This competition aims to promote student interest in regulatory science — the science of developing new tools, standards, and approaches to assess the safety, efficacy, quality, and performance of FDA-regulated products. 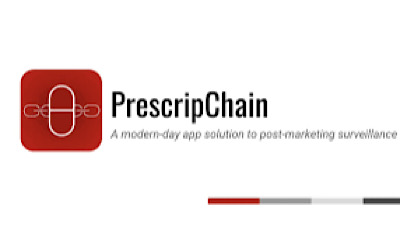 “This event is an academic highlight for me,” says James Polli, PhD, the Shangraw/Noxell Endowed Chair in Industrial Pharmacy and Pharmaceutics at the University of Maryland School of Pharmacy and co-principal investigator for M-CERSI. “Although students participate by their own choice, they place a great deal of effort into identifying a problem in regulatory science and a proposed solution. Each team often goes through several iterations of problems and potential solutions, until finally they arrive at something that they think merits doing. It stretches them. But they are satisfied with their ideas.”

This year, students from the Baltimore and College Park campuses of the University of Maryland presented their innovation ideas to three U.S. Food and Drug Administration (FDA) judges virtually. Nine teams competed in this ninth annual competition on Jan. 15.

Team PrescripChain — a group of second-year student pharmacists and a MS in Regulatory Science graduate student from the School of Pharmacy, including Delaney McGuirt, Sona Ghorashi, Richard Lee, Amie Lette, Varsha Pradhan, and Amanda Summers — was awarded first place in the 2021 competition.

The team presented its idea for “PrescripChain,” a user-friendly mobile application for adverse event reporting that utilizes blockchain technology to provide automatic, bench-to-bedside tracing of the entirety of a drug’s lifespan. It proposed this new app as an easy-to-use alternative to similar ones like MedWatch, noting that of 1.6 million prescription-related adverse events reported in 2020, only 3.8 percent of those events were reported voluntarily using MedWatch. “PrescripChain” would use blockchain technology to securely track and display adverse event data clearly in real time.

These three teams will have the opportunity to present their innovation ideas to the FDA’s Office of the Chief Scientist.

“Participating in the regulatory science talent competition as both mentor and judge has been an energizing and exciting experience for me,” shared Roberta Glass, MD. “The students’ enthusiasm and inspiring motivation have been infectious. All of the teams’ presentations demonstrated a depth of understanding of regulatory science applied to a unique and creative way to solve a real world problem. This is an amazing group of students, all of whom offer great promise for the future.”

More information about current and past CERSI research projects is available online.