Almost nine months to the day after the World Health Organization declared COVID-19 a pandemic, Long Island ICU nurse Sandra Lindsay became the first American to be vaccinated against SARS-CoV-2. “I feel great,” she told CNN’s Anderson Cooper right afterward. “My profession is deeply rooted in science. And I trust science.” That was Dec. 14, and the Pfizer vaccine had just received emergency use authorization (EUA) from the U.S. Food and Drug Administration.

A few days later, a second vaccine — Moderna’s — received EUA, prompting Operation Warp Speed’s top scientist to predict that 20 million Americans would be vaccinated by the end of the year. That’s the same sort of optimism contained in a White House statement in September that said any American who wanted a vaccine should be able to get one by April. 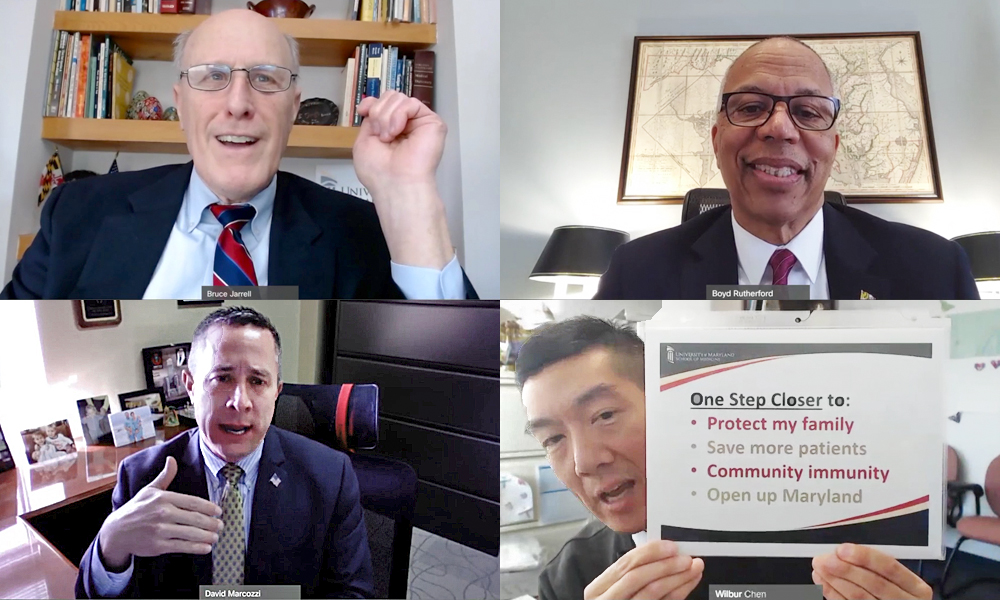 As of this writing, Jan. 14, 30.6 million doses have been delivered to the 50 states, but only about a third of that number — 11.1 million Americans — have received their first of two doses.

The latest numbers on Maryland’s COVID-19 Vaccination Dashboard show that 178,000 Marylanders have received a first dose. That’s a hair under 3 percent of the state’s population. The national average is just a little over 3 percent.

So, why are things moving slower than many of us expected? Anthony Fauci, MD, director of the National Institute of Allergy and Infectious Diseases, said one factor is that guidance from the Centers for Disease Control and Prevention (CDC) may have been a little too rigid. He suggested loosening distribution rules, not a change in priorities, but a focus on what he called “getting it into people’s arms.”

In Maryland, the pace of vaccination is starting to quicken. On Jan. 8, Gov. Larry Hogan noted that 15,000 doses had been administered in just the previous 24 hours. And he dismissed ideas that would radically accelerate distribution. Such moves would rely on there being enough vaccine doses shipped in the future to meet the demand for those required second doses, three and four weeks after the first. “I don’t want to have vaccines laying around,” he said. “I also don’t want to run out and not get to second doses.”

On Jan. 12, mindful of public criticism, a pandemic that’s raging more than ever, and a new and more easily transmissible strain of the virus, the CDC changed its vaccine distribution guidance, lowering the age of older Americans in the Priority 1A group from 75 to 65 and including adults of any age with certain co-morbidities.

Two days later, Hogan announced Maryland’s vaccine distribution plan would move to Phase 1B on Jan. 18, allowing residents 75 and older to be vaccinated, along with teachers, child care workers, and residents of assisted living facilities. A week later, Jan. 25, the state will move to Phase 1C, lowering the minimum age to 65 and adding essential workers in food production and distribution, manufacturing, public transportation, and others.

Watch the entire discussion, including numerous questions from the audience, by accessing the link at the top of the page.