It’s been less than two months since Brandon Maurice Scott, born and raised in Park Heights, was sworn in as Baltimore’s 52nd and youngest-ever mayor. His 10-minute inauguration speech was upbeat, but it also contained a dose of reality. “I am not a savior for our city,” he said. “No one is coming to save us. We have the ability to save ourselves. But we can only do that together.”

The new mayor went on to lay out his plans for the city and his approach to leadership, what he called “a new way forward.” Forget the ribbon cuttings and headlines, he said, “This term is about making sure that we are tearing down what doesn’t work and laying a foundation, brick by brick, that allows the next generation to thrive.” That means making the city cleaner, safer, and better educated. “We will get back to the basics of safe neighborhoods, reliable trash and recycling collection, plowed roads, dependable public transit, clean and affordable water, and, most importantly, a good education, all with a focus on equity,” he said. 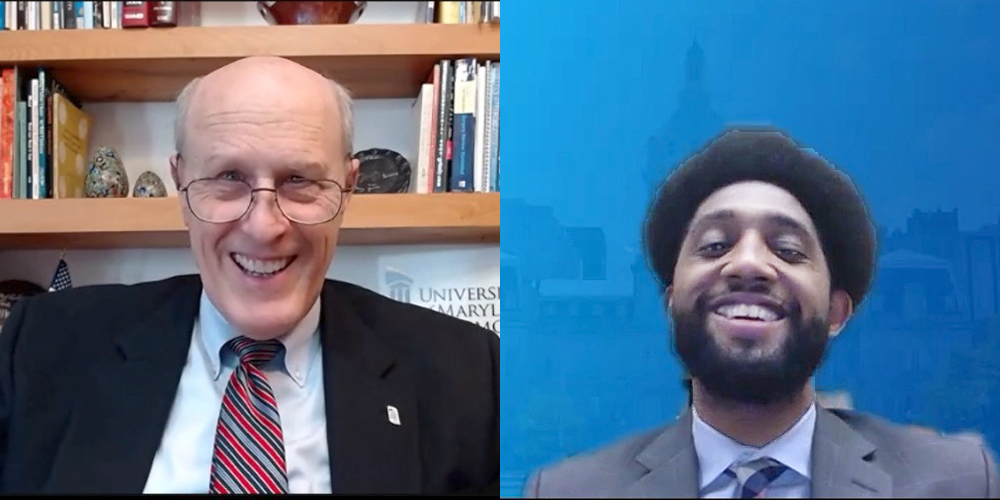 Scott has promised to continue his no-nonsense approach to leadership. Just before his swearing in, he told a reporter, “The citizens elected me because it’s clear that they do not want a continuation of the status quo,” adding, “They have seen me while I’ve been in city government, not be afraid to call out folks and stand on my own.”

True to his word, right after the inauguration, Scott cited a rising COVID infection rate and issued a controversial executive order shutting down indoor and outdoor dining and indoor recreational establishments such as bowling alleys and bingo halls.

On Jan. 20, with news that Baltimore’s COVID positivity rate had dropped to the lowest in Maryland, Scott reversed that call allowing restaurants to open at 25 percent capacity, indoors and 50 percent outdoors, with patrons limited to one hour. He’s also allowed group exercise activities, like gym classes, to reopen with 10 or fewer participants.

Showing sensitivity to both consumers and workers, he approved the COVID-19 Restaurant, Consumer and Gig Worker Relief Act, which puts a temporary cap on the fees charged by food delivery services such as Grubhub and DoorDash. The idea is to keep delivered food affordable without causing so-called gig workers to lose their jobs.

He’s also made waves with the way the city approaches some essential services, like water delivery. Predecessor Jack Young sought to trim the budget and solve chronic Department of Public Works billing problems by laying off 60 water meter workers and hiring an outside vendor. Scott put a stop to that plan and will form a new task force to get to the bottom of the city’s problematic water meters.

But, of course, the bigger issues are going to take a lot longer to tackle. Before COVID-19, Baltimore already had two others health crises — gun violence and overdose deaths — each costing the lives of hundreds of residents every year and impacting many more.

“Baltimore, we must re-imagine what public safety means for us,” he said in that inaugural speech. “Gone are the days where we try to police our way out of our problems. That strategy has not worked, it will not work.”

Appearing on Virtual Face to Face with President Bruce Jarrell, the regular webcast hosted by University of Maryland, Baltimore (UMB) President Bruce E. Jarrell, MD, FACS, Mayor Scott expanded on his plans for the city and answered questions from the UMB community about the city partnering more closely with UMB.

“Would you like to see the city partner with anchor institutions like UMB, and more specifically, our new Community Engagement Center on Poppleton Street, which has recently been renovated and reopened?” asked Kate Tafelski, MPP, senior program specialist in the Office of Philanthropy. “And if you haven’t been out to visit it yet, we’d love to give you and your team a socially distanced tour when you can.”

“Let me respond first by saying, yes, please get me out of the office. If I do another Zoom today, I might go crazy,” Scott replied. “We have to partner, and this is an opportunity for us also to partner with you guys where we can have city resources there, people can come in and get connected. We have to be a more connected city because we have all these great institutions, all these great things happening. But we have to do something that we have been unwilling to do, which is tear down the silos, because we’re all working to help the same people.”

University of Maryland School of Social Work student Grace Brown, who works with a therapeutic foster care agency, asked about improving social services for children who are the victims of trauma. “Thank you for passing the Elijah Cummings Healthy City Act,” she said. “How are you going to involve social workers, if at all, with this process? How can I be more involved in this process?

“The first phase of that I announced two weeks ago is that we have to go and train all of our city workers to be trauma-informed, understand how to do that. I’ve made the decision that we’re going to start with myself in the cabinet and go down from there. Because if leadership is not doing it, we cannot expect everyone else to do it,” Scott replied. “We need to work with our social workers, we need to develop a specific city plan for when there are incidents of violence and trauma in a family, that we’re not waiting for folks to come to us. We should be going to them and saying, ‘This happened, allow us to be able to partner with these trained professionals.’ These aren’t police officers. Our police officers are not trained in trauma conditions, you guys are trained professionals.”

The day before the program, Scott and Baltimore City Police Commissioner Michael Harrison announced plans to focus the city’s “micro zone” policing strategy, dropping some zones from enhanced patrols to focus on areas with the most crime.

“I’ve lived in the city for over 30 years. I’ve lived through numerous crime-fighting strategies posed by previous mayors to fight crime which failed,” wrote University of Maryland School of Dentistry clinic coordinator Valerie Hughes. “I recall the micro zone strategy where police were reallocated to higher crime areas. That didn’t work because the criminals moved to other areas, which increased crime in those communities. And one of those was mine. It took us four years to move them back out of the community. I fear that this will occur under your crime-fighting strategy. How will you prevent criminals from relocating to low crime areas?”

Scott responded that his new approach involves much more than reprioritizing police patrols. “We have appointed the first director for the mayor’s office of neighborhood safety and engagement, Shantay Jackson, because we are now going to have a comprehensive approach,” he said. “Our health department can help in West Baltimore with the health disparities that we have. We know that the Employment Development office can help as we create pathways to success for people in families we have to reconnect. We have people who are re-entering our neighborhoods, we have to make sure that they're trained and ready. Every single city agency will be on deck.”

Many other issues were discussed, including vaccine distribution, systemic racism, mental health issues and the pandemic, and much more. Watch the entire discussion by accessing the link at the top of this page.