A team of doctors led by professor Karen L. Kotloff, MD, of the University of Maryland School of Medicine's (UMSOM) Center for Vaccine Development and Global Health (CVD), has performed a clinical trial involving multiple hospitals that tested the effectiveness of applying a topical antibiotic known as mupirocin for prevention of Staphylococcus aureus (SA) infection in babies in the neonatal intensive care unit (NICU).

Kotloff is head of the Division of Infectious Disease and Tropical Pediatrics at UMSOM and associate director of clinical studies at CVD. (View a video interview with her below.) 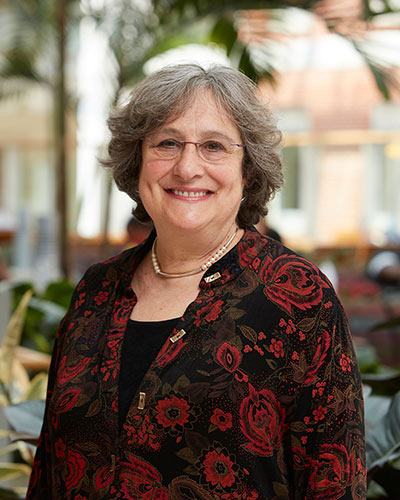 This study was published in the journal Pediatrics.

In this study, between 10 and 45 percent of infants became colonized with SA in the eight NICUs across the country that participated in this study (participating sites are listed at the end of the article). A five-day course of mupirocin was applied to the skin and nasal passages of the infants in the NICU who tested positive for SA. The results indicate mupirocin is safe and highly effective in eliminating SA from the skin and nasal passages of these infants. More than 90 percent of the treated infants tested negative for SA after treatment, indicating effective “decolonization” in response to mupirocin. This is the first randomized multicenter clinical trial to demonstrate the effectiveness and safety of mupirocin in infants, including those born prematurely, and to show that this treatment reduced colonization by both SA that are susceptible to commonly used antibiotics (MSSA) and those that are not (MRSA).

SA are bacteria that are commonly present on the skin and mucous membranes without causing disease. When bacteria live in the body without causing disease, this is referred to as colonization. Infants who become colonized with SA while hospitalized are at increased risk of developing life-threatening infections. Therefore, this treatment is likely to reduce clinical infection in infants. The effect of a course of mupirocin lasted for at least two to three weeks.

“Staph aureus is a leading cause of sepsis in young children admitted to the NICU. Sepsis, which is systemic infection, can be fatal in infants. Thus, preventing these infections is very important in managing risk for babies in the NICU who are fragile and struggling with multiple medical problems,” said Kotloff, who was the University of Maryland, Baltimore's (UMB) Researcher of the Year in 2018.

This is the first study to test the safety and efficacy of mupirocin use in the NICU using a randomized controlled trial.

This study performed a randomized clinical trial with premature and full-term newborns and children under 2 years old who were admitted to the NICU for stays of at least 14 days. The study did not include a placebo control, because even application of ointments without any active ingredients into the nose of premature infants has been associated with infection. There were two goals of the study: (1) to determine if applying mupirocin to the nasal passages, perianal region, and umbilical region was safe and well tolerated; (2) to determine if topically applied mupirocin eliminated SA in infants that tested positive in a nasal swab for the presence of SA.

Of the more than 6,000 babies admitted to the NICU and tested for SA by nasal swab, 18 percent were positive. The randomized study evaluated 155 of the 1,140 infants who tested positive. Rash in the perianal region, usually attributed to other causes, was the most common adverse reaction in treated infants. There was no evidence that the treatment resulted in unintended disease that could result from perturbations of the gastrointestinal microbiome. Thus, the topically applied mupirocin was well tolerated and safe.

More than 90 percent of the treated infants tested negatively for SA after treatment, indicating effective “decolonization” in response to mupirocin. For the infants who remained in the NICU and were tested at three weeks, approximately 50 percent of the treated infants and only two percent of the untreated infants remained negative for SA. Encouragingly, there was no evidence of the emergence of methicillin-resistant strains. Thus, this is the first randomized multicenter clinical trial to demonstrate the effectiveness and safety of mupirocin in infants, including those born prematurely, and to show that this treatment reduced colonization by both SA that are susceptible to commonly used antibiotics (MSSA) and those that are not (MRSA).

Because the incidence of clinical infection was low, the study cannot show with statistical confidence that the five-day mupirocin treatment prevented clinical SA infection. However, this outcome can be inferred from reduction in colonization by the bacteria. Furthermore, the finding that many babies became recolonized indicates that other strategies are needed to manage infection in babies requiring long-term hospitalization. Despite these limitations, the study provides strong support for using mupirocin to limit the risk of SA infection in the NICU.

“Improving infant survival and limiting risks associated with hospital admissions is an ongoing goal at UMSOM. This multicenter trial supervised by Dr. Kotloff provides strong support for a safe strategy to minimize Staphylococcus aureus infections in some of the most at-risk patients in any hospital, premature babies,” said UMSOM Dean E. Albert Reece, MD, PhD, MBA, who also is the executive vice president for medical affairs at UMB and the John Z. and Akiko K. Bowers Distinguished Professor.

UMSOM is a Vaccine and Treatment Evaluation Unit (VTEU), part of a network of clinical research sites funded by the National Institute of Allergy and Infectious Diseases, part of the National Institutes of Health. The project is funded under Contract No. HHSN272201300022I. Other VTEU sites that participated in this trial are Children’s Mercy Hospital/University of Iowa, Cincinnati Children’s Hospital Medical Center, Emory University School of Medicine, Saint Louis University, and Vanderbilt University School of Medicine.