The White House announced Jan. 3 that President Trump will nominate Jody Olsen, PhD, MSW, a visiting professor at the University of Maryland School of Social Work (UMSSW), senior faculty advisor of the Center for Global Education Initiatives, and senior lecturer at the Graduate School, to be director of the Peace Corps. A letter on the White House web page noted that Olsen was deputy and acting director of the Peace Corps from 2001 to 2009. 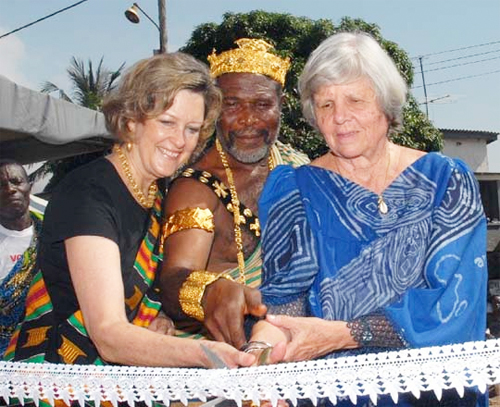 Olsen began her work at the agency as a volunteer in Tunisia and later became country director in the West African nation of Togo, the regional director for North Africa, the Near East, Asia, and the Pacific, and agency chief of staff.

Between tours of duty with the Peace Corps, Olsen was senior vice president of the Academy of Educational Development (AED), a large nonprofit focused on education and economic development in the United States and 150 countries around the world.

In 2015, UMB named Olsen a Champion of Excellence, honoring her global impact. “Jody Olsen is a tireless champion for developing the campus infrastructure and faculty and student competencies to ensure that we can effectively and safely deliver great global education,” said Richard P. Barth, PhD, MSW, UMSSW dean. “She is a terrific communicator, relentlessly optimistic and affirming, and exceptionally knowledgeable about all things international.”

A presidential appointment to director of the Peace Corps must be confirmed by the U.S. Senate.