Researchers at the University of Maryland School of Medicine (UMSOM) have launched a new online tool that could more quickly advance medical discoveries to reverse progressive hearing loss. 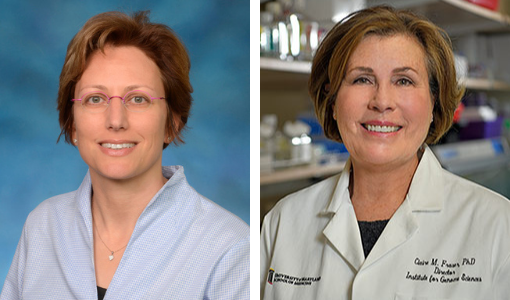 The tool enables easy access to genetic and other molecular data from hundreds of technical research studies involving hearing function and the ear. The research portal called gene Expression Analysis Resource (gEAR) was unveiled in a study last month in Nature Methods. It is operated by a group of physician-scientists at the UMSOM Institute for Genome Sciences (IGS) in collaboration with their colleagues at other institutions.

The portal allows researchers to rapidly access data and provides easily interpreted visualizations of datasets. Scientists can also input their own data and compare it to other datasets to help determine the significance of their new finding.

“This tool will save scientists a significant amount of time,” said study corresponding author Ronna Hertzano, MD, PhD, associate professor of otorhinolaryngology, head and neck surgery at UMSOM and founder of the gEAR. “Instead of relying only on identifying mutations in genes for hearing loss, researchers can easily identify which cells express any gene in the ear, and how this expression changes, for example, as a result of noise exposure or in processes of regeneration in other species.”

Hertzano and her team recently added data from the BRAIN initiative to a specialized domain of the gEAR portal to provide access to those performing neuroscience studies to better understand brain function and neurodegenerative diseases like Alzheimer’s. The portal is free and available to any researcher seeking access.

Users of the portal can do a variety of applications depending on their needs. They can access the dataset uploader and add their dataset into gEAR to view their data in a private setting. This enables them to see their findings in the context of other public data before posting their results online or submitting their paper for publication. Once a manuscript is published, a permalink can be included in the manuscript which links readers directly to a curated view of that dataset.

“The gEAR portal currently includes over 800 datasets, which we carefully reviewed before inputting,” Hertzano said. “We currently have more than 1,200 registered users and over 80 citations in research studies. We are expecting a large increase now that our methods paper is published.”

Hertzano and her colleagues did a soft launch of the portal a few years earlier and publicized its existence via discussions with colleagues and user workshops at scientific meetings.

The Hearing Restoration Project, a nonprofit research consortium funded by the Hearing Health Foundation, provided initial support of gEAR in an effort to better understand the mystery of hair cell regeneration — why hair cells in the ear regenerate in certain animals but not in humans. Our hair cells do not naturally regenerate when they die off due to aging, excess noise, or exposure to certain potent medications like chemotherapy drugs for cancer. For this reason, hearing loss is usually permanent and cannot be reversed. The consortium uses genomic analyses to compare molecular processes in species that do not regenerate hair cells.

"The gEAR team closely interacts with the consortium researchers who also serve as our focus group, providing priceless feedback and suggestions,” Hertzano said.

Understanding how the expression of certain genes plays a role in hair cell regeneration — and how enzymes and other proteins mediate that process — could lead to new treatments to reverse hearing loss by triggering a regeneration of these cells.

“By enabling rapid access to enormous datasets, the gEAR portal can serve as a valuable hub for community building around common research areas,” said Claire M. Fraser, PhD, the Dean’s Endowed Professor of Medicine, Microbiology and Immunology, and director of IGS. “Having access to data in large repositories is not enough. What’s essential is that gEAR curates and organizes the data into an accessible format so it can be used to address important scientific questions.”

“The gEAR portal is an outstanding example of the value of close collaboration of clinicians, biologists, and engineers to bridge the gap in technology and make the critically important 'omic' data generated across the world immediately accessible to biologists in a meaningful format,” said E. Albert Reece, MD, PhD, MBA, executive vice president for medical affairs, University of Maryland, Baltimore, and the John Z. and Akiko K. Bowers Distinguished Professor, and UMSOM dean.