Researchers at the University of Maryland School of Medicine (UMSOM) have announced a breakthrough discovery that could eventually help scientists repair hearing problems or protect those at risk for hearing loss – a condition that affects some 40 million Americans.

In particular, with 74,000 children currently affected by profound, early-onset deafness, scientists have been trying to solve the mystery of what causes hearing disorders, especially those that may have genetic causes.

Now, the new UMSOM study has identified a crucial protein in the process that turns sound waves into brain signals. The new understanding could eventually help repair or prevent hearing problems for those with the highest risk. 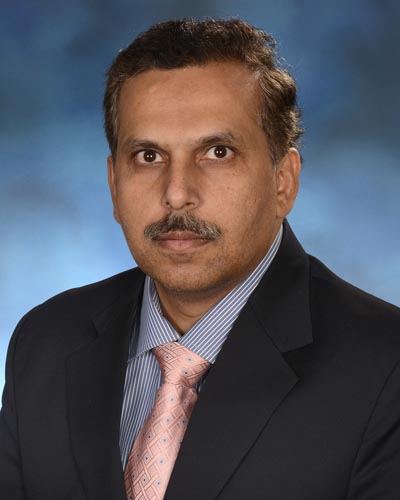 Zubair Ahmed, PhD, professor in the Department of Otorhinolaryngology-Head and Neck Surgery at the University of Maryland School of Medicine.

The findings were published recently in the Nature Communications. The study is the first to illuminate in detail how the protein, known as CIB2, enables hearing.

“We are very excited by these results", said the senior author of the study,

Zubair Ahmed, PhD, professor in the Department of Otorhinolaryngology-Head and Neck Surgery at UMSOM. "This tells us something new about the fundamental biology of how hearing works on a molecular level.”

CIB2, which is short for calcium and integrin-binding protein 2, is essential for the structure of stereocilia, the structures at the top of the sensory hair cells in the inner ear. Stereocilia are extremely small, less than a half a micrometer in diameter, which is about the wavelength of a visible light. Each ear contains 18,000 hair cells that do not divide or regenerate.

Ahmed and his colleague Saima Riazuddin, PhD, Professor in the Department of Otorhinolaryngology-Head and Neck Surgery at UMSOM, along with their collaborators, discovered five years ago that CIB2 was involved in hearing. Since then, they have studied the protein in flies, mice, zebrafish and humans. The new study is the first to explain the mechanism behind CIB2 in hearing.

In this study, they genetically engineered mice without CIB2, as well as mice in which a human CIB2gene mutation had been inserted. The researchers found that the human mutation affects the ability of the CIB2 protein to interact with two other proteins, TMC1 and TMC2, which are crucial for converting sound to electrical signals, a process known as mechanotransduction.

People with this mutation cannot turn soundwaves into signals the brain can interpret, and so are deaf. When the researchers inserted the human CIB2 mutation into the mouse, they found that the mice were deaf.

“This is a big step in determining the identity of key components of the molecular machinery that converts sound waves into electrical signals in the inner ear,”said the study’s co-senior author, Gregory Frolenkov, PhD, of the Department of Physiology at the University of Kentucky.

Ahmed and his colleagues are now looking for other molecules beyond CIB2 that play a key role in hearing. In addition, they are exploring potential therapies for CIB2-related hearing problems. In mice, they are using the gene editing tool CRISPR to modify dysfunctional CIB2 genes. They suspect that if this modification occurs in the first few weeks after birth, these mice, which are born deaf, will be able to hear. The scientists are also experimenting with gene therapy, using a harmless virus to deliver a copy of the normal CIB2 gene to baby mice that have the mutated version. Dr. Ahmed says the early results of these experiments are intriguing.

It is not clear how common CIB2 mutations are in the US population, or how large a role these mutations play in deafness in humans worldwide. In his research on a group of families in Pakistan that have a higher risk of deafness, Ahmed has found that about 8 to 9 percent seem to have mutations in CIB2. Overall, he says, the gene could play a role in tens of thousands of cases of deafness, and perhaps many more than that. He is also studying CIB2 among the general population. It may be that some versions of the gene also play a role in deafness caused by environmental conditions, creating a predisposition to hearing loss.

“Hearing loss and deafness remain major physiological and sociological problems, with enormous economic and emotional costs,” said UM SOM Dean E. Albert Reece, MD, PhD, MBA, who is also the vice president for medical affairs, University of Maryland, and the John Z. and Akiko K. Bowers Distinguished Professor. “This innovative work by Dr. Ahmed and his colleagues opens a key molecular window that could lead to the development of cutting-edge translational treatments in the future.”