Dean Kirschling’s clinical expertise is in mental health nursing with a focus on end-of-life care. Early in her career, Dean Kirschling’s research centered on assisting families through the process of providing care for a terminally ill loved one and the grieving process after death. For more than a decade, she has focused on workforce development with an emphasis on rural states.

Dean Kirschling’s expertise in these areas will help strengthen UMSON’s educational programs and further develop its research enterprise, particularly as it relates to the national focus on health care reform. In addition, her experience in statewide and rural issues will help to effect change in Maryland.

At the national level, Dean Kirschling served on the American Association of Colleges of Nursing (AACN) Board of Directors since 2004, including serving as president from 2012 to 2014. She founded the Kentucky Nursing Capacity Consortium and co‑convened Kentucky’s Action Coalition, which is working to implement the Institute of Medicine’s 2010 recommendations on the "Future of Nursing." Dean Kirschling currently serves as co-convener of the Maryland Action Coalition.

Throughout her career, Dean Kirschling has received numerous awards for her accomplishments, including the Beth Wessinger Award from the Oregon Hospice Association in 1995, the Organization of Maine Nurse Executives Leadership Achievement Award in 2003, the Agnes E. Flaherty Leadership Award from the American Nurses Association-Maine in 2006, and the Hospice and Palliative Nurses Association’s Leading the Way Award in 2013. Dean Kirschling was co-recipient of the Kentucky Nurses Association’s Nurse of the Year Award in 2010 and received the Kentucky Nurse Practitioner Advocate of the Year in 2011. She is an alumna of the AACN-Wharton Executive Leadership Fellows Program (2013) and the Robert Wood Johnson Foundation Nurse Executive Fellows Program (2000-2003). She was inducted as a Fellow in the American Academy of Nursing in 2009. 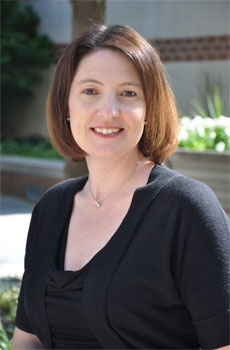 Congdon’s research interests relate to her practice at Mercy Health Clinic. She has evaluated the impact of pharmacist-provided medication therapy management (MTM) on clinical outcomes, such as hemoglobin A1C, blood pressure, and cholesterol. Furthermore, her team has demonstrated the importance of interprofessional, coordinated care on clinical outcomes for patients with poorly controlled diabetes.

Joseph P. Martinez, co-director, Center for Interprofessional Education ▾
Dr. Martinez is Associate Dean for Medical Education and Student Experience at the School of Medicine. He is an Associate Professor of Emergency Medicine and Medicine. 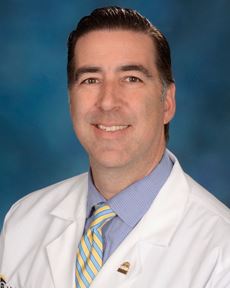 Eugena is the Senior Program Specialist for the Center of Interprofessional Education. She provides administrative and operational support.