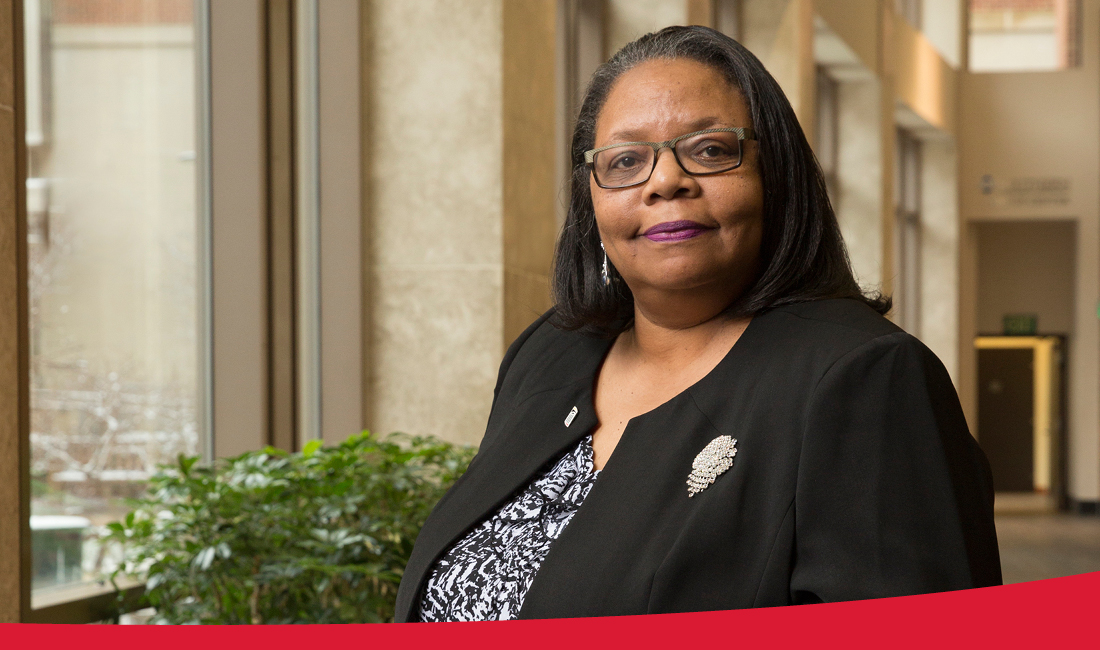 Vanessa Fahie, PhD, RN, believes that growing the ranks of minority nurses is an invaluable and attainable goal.

“This isn’t daunting,” says Fahie (pronounced Foy), an assistant professor at the University of Maryland School of Nursing. “We just need more people in the trenches who are committed to increasing diversity.”

Numbers bear her out. The 2008 Sample Survey of Registered Nurses indicated that while minorities were 37 percent of the U.S. population, they comprised only 16.8 percent of the nursing population.

Fahie, who has worked for nearly 40 years in the nursing field, is thoroughly committed to correcting this disparity. During her 20 years on the School of Nursing faculty, Fahie, an alumna who earned her RN at the school in 1976 and her PhD there in 1994, has developed programs for dozens of individuals enrolled in baccalaureate nursing programs. She’s led other programs that reached students even earlier in their academic journey — some in high school, some as early as elementary school.

Fahie’s goal? “To increase the pipeline of nurses from backgrounds traditionally under-represented in nursing,” she says.

Fahie has secured more than $3 million in grants and awards to bring students from Baltimore City, as well as Baltimore and Prince George’s counties and the Eastern Shore, into the nursing fold.

For her efforts, Fahie won a University System of Maryland Regents Award for mentorship in 2012 and the University of Maryland, Baltimore’s (UMB) Dr. Martin Luther King Jr. Faculty/Staff Diversity Award in 2011. Along the way, she has earned the respect of colleagues and the thanks of grateful students.

“She saw that she could have influence on improving the [number of] African-American and minority kids going to school,” says Patricia Kennedy, RN, EdD, a former colleague of Fahie’s who taught nursing at UMB for 30 years. “She saw kids being able to do something that was valued and could also communicate to kids that they were valued. I think she thought she could make a difference. And she’s put in the time and energy to do that, to make a difference.”

Fahie’s latest foray into diversity in nursing comes through the Chrysalis Project, a UMB program that seeks to identify Maryland high school students with a nascent interest in math and science.

For some, this desire leads to a nursing career path, with academic support and assistance in securing financial aid and scholarships.

As many as 10 Chrysalis Project students per semester are admitted at the School of Nursing’s Shady Grove and Baltimore campuses. At the end of senior year, students also participate in a review course to help them pass the National Council Licensure Examination “the first time,” Fahie says. All the students in the first two Chrysalis Project classes who graduated in December 2013 and May 2014 passed on their first try.

Entrance into the Chrysalis Project is based on educational or economic need or on being a member of a racial or ethnic group typically under-represented in nursing, Fahie says.

“Vanessa has implemented numerous interventions to make sure that these students are successful. She has mentored undergraduates to present papers and posters at local, national, and international conferences,” says Willar White-Parson, PhD, RN, APRN, FAAN, professor emeritus at Norfolk State University.

Interacting with younger students is the key, says Fahie, who collaborated with Morgan State University on a weekend program for high school students. She also devoted eight Saturdays a semester for 16 years to Baltimore City’s Adventures in Science 4-H Program, which allowed city youths between the ages of 8 and 15 to become excited about science by exploring scientific topics.

“The earlier we can capture the students, get them interested, and motivated into exploring math and science, the greater the likelihood they will pursue a math/science technology-oriented career,” says Fahie. “And those are skills that nurses indeed need moving forward.”

Perhaps most satisfying to Fahie is seeing some of her former students assisting in the Chrysalis Project.

“It’s very exciting to actually watch them evolve over time and they come back and they’re able to share that with others,” says Fahie, who is active in other local 4-H clubs in her rare free time. “It’s interesting how life can come full circle so you can see young people grow and develop and enter careers in nursing and health care delivery.”