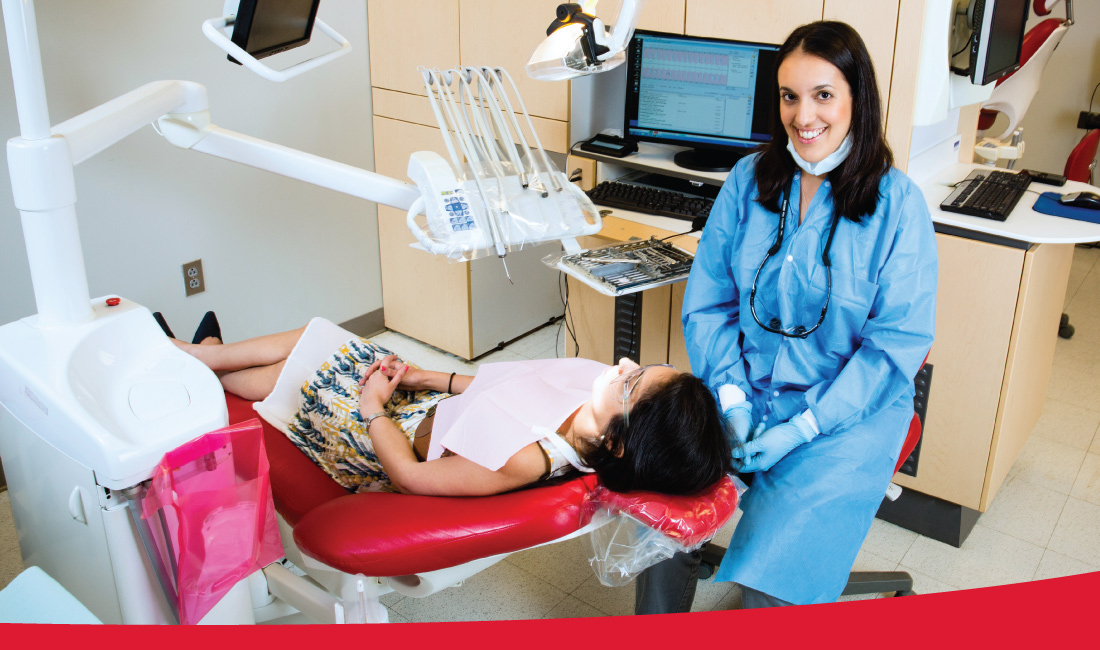 Shaina Holman found the inspiration for her future career in an unlikely spot — Costa Rica. It was in the Central American country that the University of Maryland, Baltimore (UMB) dual-degree student, studying for her DDS from the School of Dentistry and her PhD from the Graduate School, witnessed firsthand how barriers to dental care affect vulnerable populations. She had worked with a small community in Costa Rica as part of her undergraduate education at Duke University.

In Costa Rica, Holman connected underserved children in rural areas to desperately needed dental care. In turn, she found herself connected to the children, and decided that she would make an impact on their lives. She used that inspiration at first to organize, found, and lead an organization at Duke for students interested in dentistry, where she brought in a wide range of speakers in hopes of inspiring and connecting people.

It was UMB’s prestigious research programs that drew her to the University for her graduate education. At home, she has a solid mentor in the form of her mother, a former cancer researcher who now teaches chemistry. At UMB, her mentor, Norman Capra, PhD, MS, former director of the dental school’s DDS-PhD Program, put Holman in touch with Rebecca German, PhD, a biological anthropologist at the Johns Hopkins School of Medicine, and an influential partnership was formed.

“Dr. German encouraged me to publish and helped me focus on my goals,” recalls Holman, who defended and published her dissertation on “The Role of Palatal Sensation During Sucking and Pharyngeal Swallowing in Infant Pigs” in 2013.

Holman’s successes have been many, though her career is just beginning. To date, she has 14 academic publications to her credit, the first published in Molecular Immunology in 2006, describing research conducted when she was still in high school; the most recent, “U.S. Dental Students’ Attitudes Toward Research and Science: Impact of Research,” was published in the Journal of Dental Education in 2014. In addition, she is currently completing a one-year general dentistry and oral medicine fellowship in a joint program between the School of Dentistry and the Perry Point Veterans Affairs Medical Center.

Holman and her high school sweetheart husband have grown roots in Baltimore, where they live now raising their child. They rescued a dog and work together with their neighbors for the neighborhood association. Holman grew up in North Carolina and moved around from Philadelphia to Maryland, but her passion for the Baltimore community and her family has grown stronger over the years.

Holman takes pride in her Baltimore community and has plans to “help train the next generation” with a combination practice and clinical research as a professor.