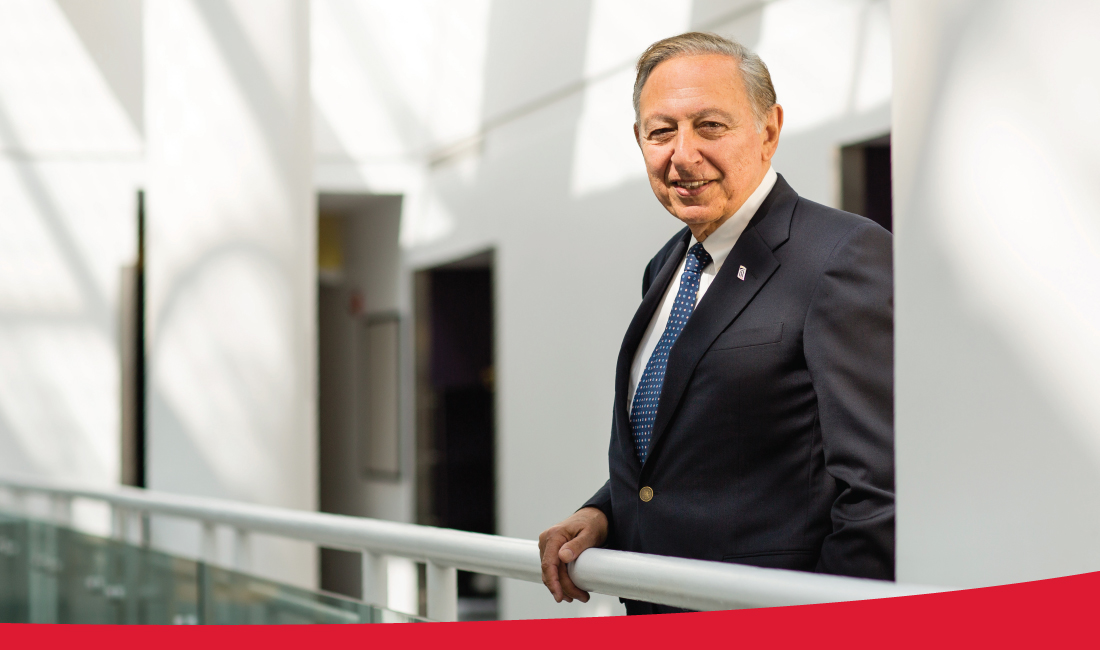 Institute of Human Virology   I   University of Maryland School of Medicine

Few scientists have earned the fame of Robert Gallo, MD, co-discoverer of HIV as the cause of AIDS, pioneer of the HIV-screening test, and the first to identify that HIV/AIDS infections are slowed by immune system compounds called chemokines.

Gallo’s work enabled physicians to diagnose HIV/AIDS more quickly, protect patients receiving blood transfusions, and prolong the lives of those infected with the disease. It also transformed how the scientific and medical communities think about the cause, prevention, and treatment of cancer and herpes.

For a decade-long span—1980 to 1990, when AIDS dominated biomedical research—Gallo was the most cited scientist in the world. (He now has nearly 1,300 publications to his name.) For a two-decade span, he was ranked third in the world for scientific impact. He won the Lasker Award, among the world’s most prestigious prizes for medical research—twice.

But for a career filled with accomplishments and accolades, the ones that make Gallo proudest are those enjoyed by the many scientists he’s mentored over the years. “To see young people who came to work for you become stars,” he says, “that’s gratification.”

As founding director of the Institute of Human Virology (IHV) at the University of Maryland School of Medicine, Gallo continues his mentoring. “I’m enjoying my time, enjoying the institute, enjoying my colleagues,” Gallo says, “but in scientific terms, there are frustrations.”

Those frustrations are familiar to anyone who’s faced a long-term challenge. “If the challenges were simple,” says Gallo, “it wouldn’t be as much fun to resolve them.” But in human medical research, Gallo finds even those resolutions difficult to celebrate. He says he never has champagne bottles chilling “because there’s always another problem” until you find a vaccine or a cure.

Thirty years after his discoveries revolutionized HIV/AIDS research and treatment, that’s still chief among Gallo’s pursuits: finding a cure and a vaccine for the deadly disease and putting an end to the AIDS pandemic. It’s why he established the IHV, the first U.S. center to combine research, patient care, and prevention programs in an effort to accelerate the pace of progress. (The institute also researches Hepatitis C, herpes, and virus-associated cancers.)

Its unique multi-disciplinary approach allows IHV’s 70-plus scientists to fast-track research from concept to clinical trial in less than 18 months. That speed is life-saving for its patients, now numbering 5,500 in Baltimore and, over the last 10 years, close to 1 million in seven African and two Caribbean countries.

Since its founding, the institute has been credited with several discoveries, 21 of which have been awarded patents. Gallo attributes some of this success to the support IHV has received from the University of Maryland, Baltimore. “I think we get every opportunity here,” he says, including supportive leadership and productive collaborations with other University institutes and schools.

Solving medical challenges, says Gallo, is like a great game you keep playing because “your curiosity becomes an addiction.”

Gallo hates to lose, too, whether on the tennis court or in the lab. So he’s more than willing to take risks, playing tennis despite a replaced knee and “sticking the neck out a bit” in the lab, where his colleagues include George Lewis, PhD, director of IHV’s Division of Vaccine Research, and Anthony DeVico, PhD, professor of medicine.

“The approach we’re taking is different,” says Gallo of the institute’s attempt to develop a vaccine against HIV. “It’s not way different, but different enough.”

Inserting its genes into host cells within a day of exposure, HIV is unlike other viruses, Gallo explains: “You have weeks to respond to polio,” for example, so there’s enough time for the immune system to recall how it responded to the polio vaccine and prepare antibodies to attack the polio virus. “We have a reasonable candidate vaccine for HIV,” Gallo says, “but the frustration is keeping these antibodies lasting long enough” to provide adequate protection.

Gallo learned frustration and loss early in life when his younger sister Judith was stricken with leukemia and died. Gallo admired Judith’s pathologist, who wasn’t afraid to criticize other doctors, and a future career path opened up: iconoclastic and prolific scientist.

Driven by his childhood interest in leukemia, Gallo went on to discover the only known virus to cause the disease, HTLV-1, as well as a closely related virus, HTLV-2. These were the first two of a new class of human viruses known as retroviruses. (Until Gallo’s discovery, the scientific community didn’t believe human retroviruses existed.) Critical to this success was Gallo’s discovery as well of interleukin-2, a key protein in the immune system that allowed Gallo to culture infected T cells.

A life of virus research has led Gallo to yet another undertaking. In 2011, he co-founded the Global Virus Network, a one-of-a-kind coalition of the world’s best medical virologists working together to better understand the viruses that kill millions of people each year, to develop therapies and vaccines to prevent illness and death, and to defend our global community against new viral pandemic threats.

The zeal Gallo has for his work extends throughout his life, from his love of family to his passion for history and traveling. “To sit and have dinner with close colleagues and friends in different parts of the world and talk and learn,” Gallo reflects, “are there many things more fulfilling?” Ever the scientist, Gallo will keep experimenting to find out.