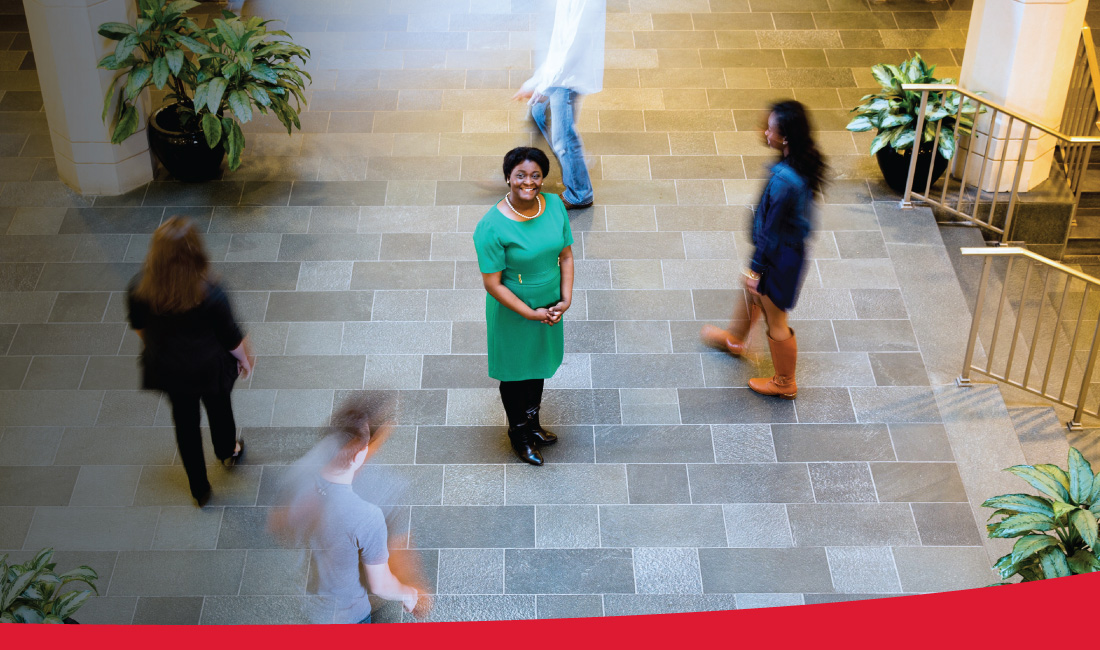 Michele Hayes, JD, LLM, is dedicated to her students. As the director of student affairs at the University of Maryland Francis King Carey School of Law, she works to help law students thrive and succeed in a challenging program. Working with these talented people, she says, has proven to be a reward in itself.

"I took this job because I care about the lives of the students,” Hayes explains. “It's beyond getting them the appropriate academic advice and making sure they completed their graduation requirements. I care about their development and making sure they have a resource for help when they need it. I thrive in positions where I can build those strong relationships with the people I'm serving."

Hayes believes her path to the Office of Student Affairs is a natural progression in her career. She spent seven years as associate director and then director of student recruiting in the Carey School of Law Office of Admissions before transitioning into her new role in student affairs.

Her career began out of a love of politics that she inherited from her father, a high school administrator, while growing up in Cleveland. With his encouragement, Hayes participated in the Congressional Page Program during her junior year of high school.

"It was life-changing," she remembers. "I was 16 and we lived on Capitol Hill, and we often felt like glorified go-fers for congressmen and senators, but in reality the experience was much more meaningful. It provided us with a unique vantage point from which to learn about the legislative and political process. I decided then that after college I wanted to go to law school in D.C."

Hayes made good on that goal, graduating from Spelman College in Atlanta, then earning a law degree at American University and an LLM degree from George Washington (GW). Along the way she worked in recruitment at the U.S. Securities and Exchange Commission, in the office of career development at GW, and as a headhunter for Spherion Legal Group. Recruiting is not so different from student affairs, Hayes says — both are all about people.

"As a recruiter, you're trying to find the right people for jobs at law firms. But because my natural inclination is toward counseling and advising, I took advantage of that, of the opportunity to talk with them and help them with their resumes and to think outside the box about what they could do with their law degrees," she said.

“Her analytical and writing skills are superb,” Bahamonde-González says. “In admissions we asked her to deal with some difficult cases, which always involved the resolution of highly sensitive issues.”

In her downtime, Hayes enjoys traveling, independent films, and relaxing with family. "My mom and her family are from the Eastern Shore, and I enjoy the change of pace because it's so different and lovely,” she says. “You can see the stars in the night sky.” Hayes also has an eye for design and dreams of owning her own home accessories store.

But for now, Hayes is savoring her work at the law school. "One of my favorite things about working here is that it is such a small school that you can really get to know students very well," she says. “I also value the fact that the faculty and administration really demonstrate their concern for students. It's one of the things that makes it easy to market this school to others."