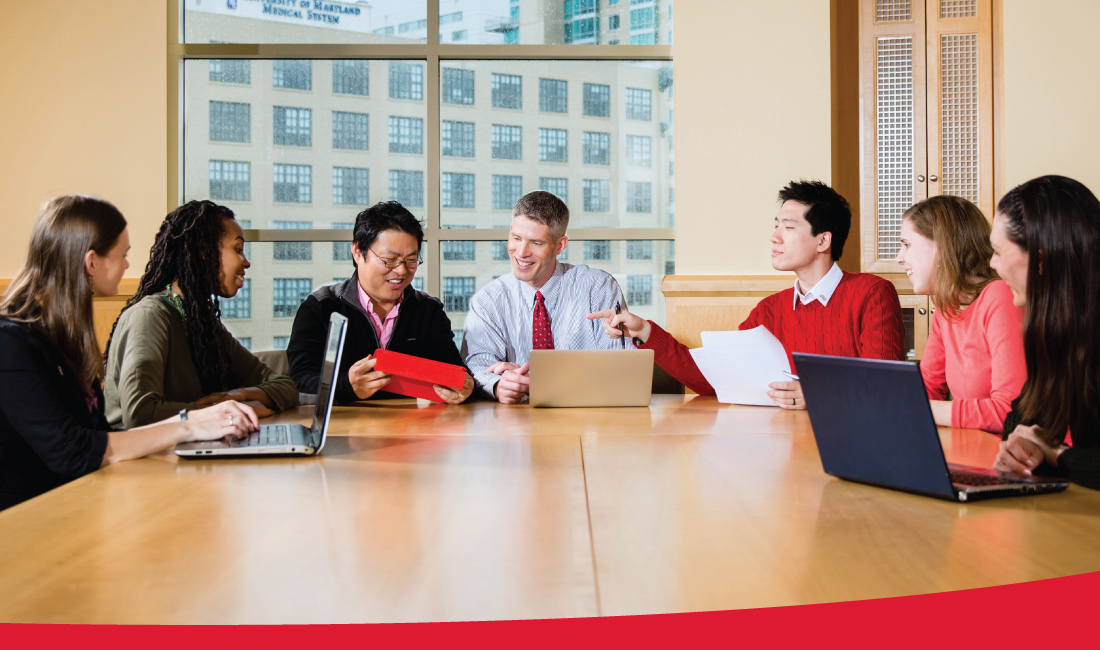 John Cagle, PhD, MSW, has an ambitious goal. He wants to change the way people think about dying. To that end, Cagle, an advocate of hospice, teaches the next generation at the University of Maryland School of Social Work and is partnering with Baltimore City on an education and awareness campaign.

“People think of hospice as a place, but the majority of hospice care is provided in private residences. They think it’s expensive, when it’s mostly paid for by Medicare and Medicaid,” says Cagle, citing two of the many misconceptions that surround end-of-life care.

In his partnership with the Baltimore City Health Department, Cagle is addressing a disparity in hospice care. In the city, 23 percent of residents receive hospice care at the end of life, compared to 52 percent in Baltimore County and 44 percent nationwide.

The community-academic partnership is still being developed. Cagle, a Baltimore City resident, envisions a campaign to better inform the population. “We need to have a conversation in the city about what hospice is and what it does,” he says.

Hospice is a specialized type of care for patients who are expected to live no more than six months. The social worker’s role is to provide emotional support for the patient and family, and to educate the family and caregivers about resources such as pain medication and the questions of what kind, how much, and who administers it.

When Cagle entered the School of Social Work at Virginia Commonwealth University, his career goal was to work with children. Then, he was assigned an internship in a hospice.

“It was the last placement available. I thought, ‘I’ll do this for a year,’” he says. “But it made me think of my own mortality. People were so ill, and families were dealing with such powerful emotions,” says Cagle, whose doctoral degree and two postdoctoral fellowships focused on aspects of hospice.

After more than a decade as a hospice social worker, Cagle joined the University of Maryland School of Social Work faculty in 2012. He wanted students to have an understanding of hospice that wasn’t available when he entered the field.

Cagle’s first patient as a hospice social worker was an elderly man with advanced cancer whose longtime wife had left him. The patient felt abandoned and alone, and didn’t hesitate to express his bitterness. Cagle began having breakfast with him and even reached out to the man’s adult daughter, who became his caregiver.

Another of Cagle’s patients was a single black woman in her 20s, a brilliant student on her way to a PhD when she was diagnosed with brain cancer. An independent woman who didn’t want help from others, she was also estranged from her family. Cagle sought to maximize her independence for as long as possible. He connected with her father and brother, who came back into her life at the end of it.

To keep himself fit for potentially stressful hospice situations, Cagle is an avid volleyball player and cyclist who gets around the city by walking or biking. He is a huge fan of coffee, National Public Radio, and he adds mostly nonfiction books to his reading list. An assistant professor at the School of Social Work, he is also a member of the school’s Financial Social Work Initiative and studies the economic impact of end-of-life care on families.

Reaching out comes naturally to Cagle, who traveled around the world as a youth with his service-oriented parents (Air Force dad, mother in nursing).

“People don’t grow up thinking they’ll go into hospice care,” he says. ”But it can be transforming.”