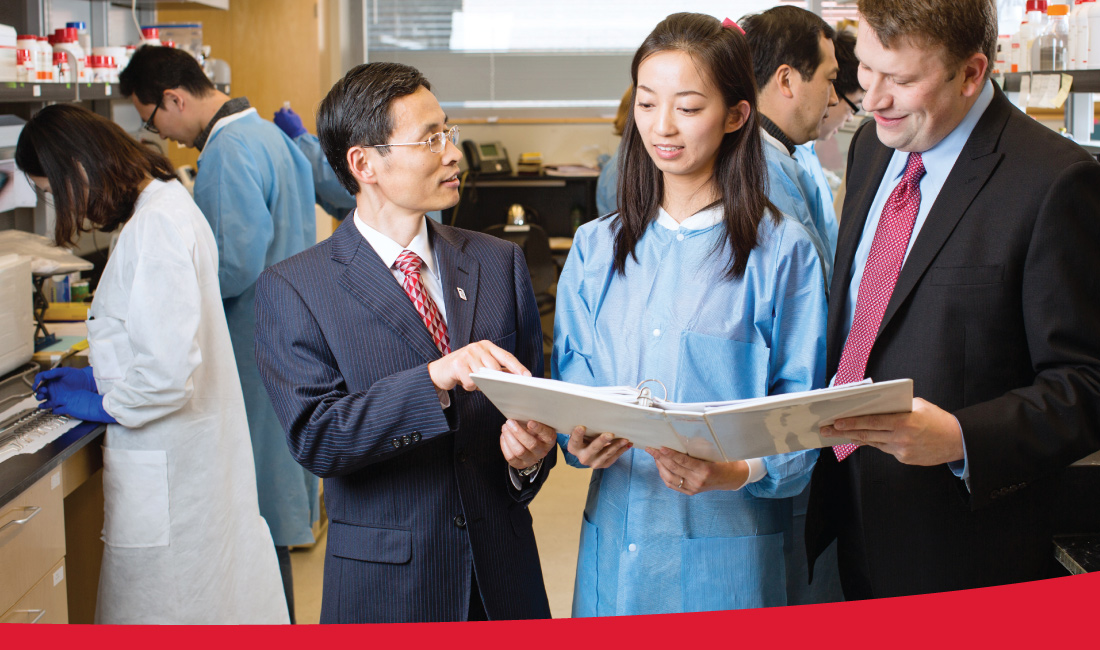 That dental fillings could one day be made of an innovative restoration material that kills cavity-causing bacteria and strengthens teeth is as impressive as the man who pioneered the research, Huakun Xu, PhD, MS, professor at the University of Maryland School of Dentistry.

Xu had long been experimenting with the use of biomaterials to replace mineral loss and regenerate bone. Seven years ago, he and his laboratory team applied that work to tooth fillings. They developed a calcium phosphate filling material, which is predicted to substantially increase the longevity of dental restorations, minimize health costs, and enhance patients’ quality of life. The innovation recently earned Xu the coveted William J. Gies Award for Biomaterials and Bioengineering Research from the International Association for Dental Research.

More than 200 million dental restorations are performed in the U.S. each year, at a cost of about $40 billion. These restorations often fail because bacteria trapped in the tooth cavity or in microgaps between the tooth and the restoration weaken tooth structure and cause decay. Xu’s remineralizing and antibacterial filling material could significantly reduce this failure rate. Xu thinks the material could be especially beneficial for underserved populations in the U.S. and abroad who lack adequate access to dental care.

“An encouraging turning point for us came from a short-term study among human participants that proved our new material superior to currently used materials,” says Xu, director of the Division of Biomaterials and Tissue Engineering. “Now we need to translate that into ultimate success through additional long-term studies. This has been a group effort, made possible by collaborators, postdoctors, students, and the support of the National Institutes of Health and the University of Maryland School of Dentistry.”

A founding member of the University of Maryland School of Medicine’s Center for Stem Cell Biology and Regenerative Medicine, Xu still works on bone regeneration, using stem cells and a scaffolding material to rebuild bone lost through trauma, disease, and tumor removal. His lab is working with stem cells from umbilical cord waste, which are promising for bone regeneration, and embryonic and induced pluripotent stem cells, which could potentially turn back the cells’ clock for older patients.

To fully appreciate Xu’s accomplishments, one needs to understand his upbringing in China during the Cultural Revolution of the 1960s and ‘70s. The Xus lived in a small village where people earned a livelihood by working in the fields. Universities were closed in China from 1966 to 1976, reopening when Deng Xiaoping emerged as the country’s de facto leader in 1977, three years before Xu began his university education.

“A student had to be the absolute top of the class to go to college,” Xu says. “In my high school class of about 200 students, only about 10 of us got to college at graduation.”

But Xu, who came to the U.S. in 1988 to pursue his PhD, already had an exceptional education—thanks to his parents. “My father was a construction worker who never went to school,” Xu recalls. “But both he and my mother, who only finished elementary school, emphasized the importance of hard work and education. My two younger brothers and I all graduated from college.”

As someone who never took his own schooling for granted, Xu believes the future of American education is bright, predicting that the country will maintain its innovative advantage in science and technology, with some of the best universities―and students―in the world.

“A great thing about the United States is that she welcomes promising students from other countries,” he says. “This brings new talent, new blood, and new energy to the large talent pool already here.”