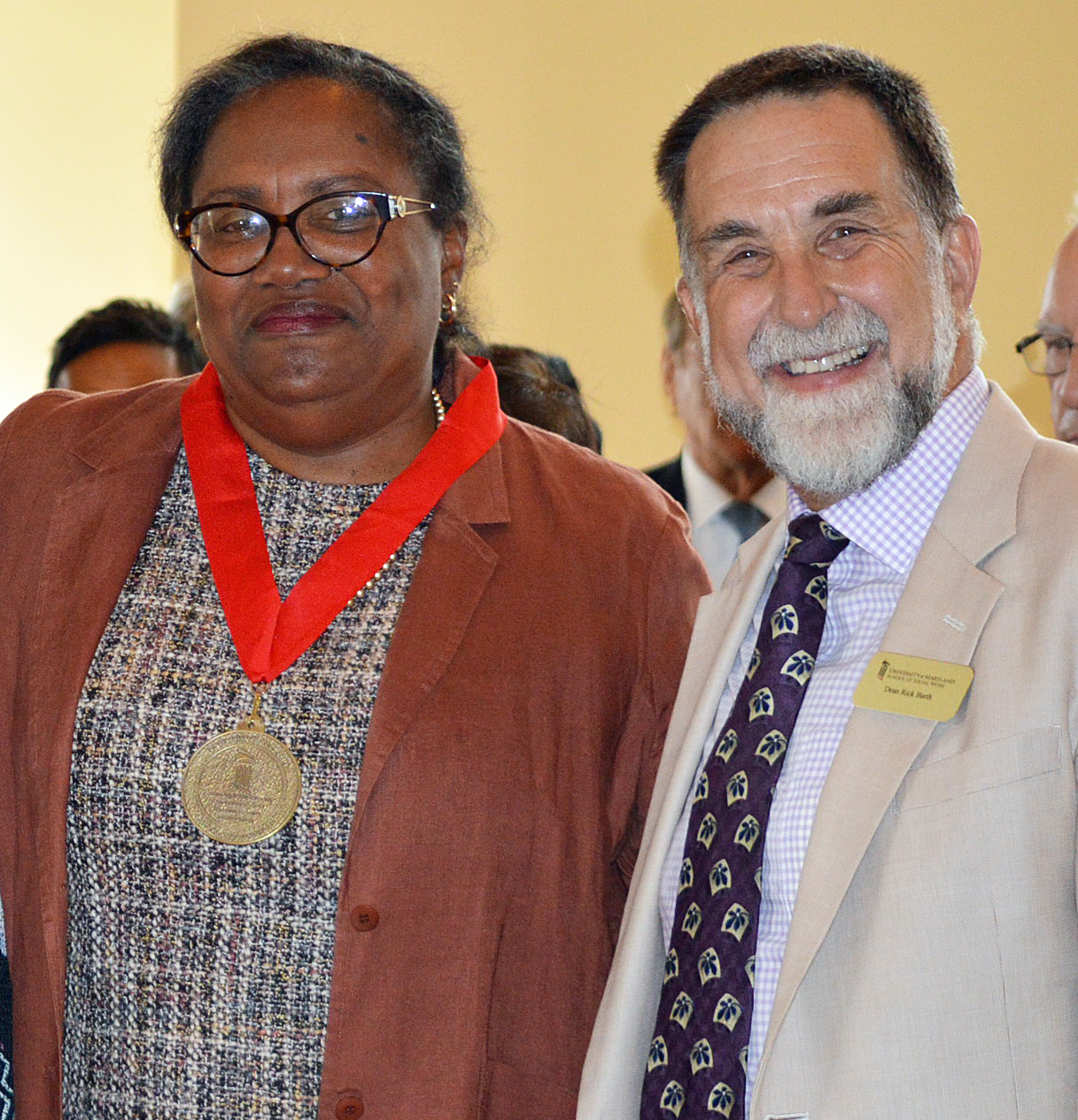 “I am thrilled that the Alison Richman Professorship has given us the opportunity to add Brenda Jones Harden to our faculty,” said Richard P. Barth, PhD, MSW, dean of the School of Social Work. “Brenda is one of the nation’s leading scholars on early childhood services and child welfare services. Her background as a social worker and her training as a developmentalist create a deep pool of talent that we will richly enjoy.”

The Alison Richman Professor for Children and Families, named after Alison L. Richman, MSW ’84, offers UMSSW the opportunity to continue to attract and support great faculty in what has historically been the school’s strongest area of research, Barth said. The professorship was endowed in honor of Richman by her family in recognition of her dedication to excellence in children and family services. The Alison Richman Professorship will provide the named professor with additional resources to support the appointee’s research, scholarship, and travel for the dissemination of scholarship.

“We are currently engaged in children’s services research and training in every Maryland county and nearly every state. We have a history of creating interventions and bringing those — and other evidence-based practices — to scale,” Barth continued. “We are continuously engaged in improving this work and showing its impact. To optimize our ambition to translate research into genuine, transformative benefit for children, families, and their communities is a huge job. The resources from this professorship will bring critically important additional expertise to our school. For that, the UMSSW and all of UMB should be profoundly grateful.”

An investiture ceremony was held for Jones Harden on Sept. 11 in the Gladhill Boardroom of the Health Sciences and Human Services Library.

“I will be honest, this fanfare pushes me a little outside of my comfort zone. As my parents will attest, I have hated photos and being the center of a group’s attention since I was an infant,” Jones Harden said.

“In some ways, I still am the social worker I was when I first started this work more years ago than I care to mention. I remember being humbled by the families whom I met on my daily home visits [before home visitation reached the national policy agenda] on the lower east side of Manhattan, in the South Bronx, in Brownsville and East New York in Brooklyn. Parenthetically, I also remember my mother saying she did not raise her child to be climbing the stairs in tenements and high-rise apartment projects in NYC.”

Jones Harden said she wanted to make a difference in the world but was clear she was “but a cog in the wheel.”

“I am satisfied — no, gratified — to remain a cog in the wheel that is pushing for better lives for children, particularly young children, who grow up in poverty,” she said.

Although the data show that poverty is decreasing in the United States, the poverty rates for young children remain astronomically high, said Jones Harden. National data suggest that 45 percent of infants live in low-income families and 23 percent live in poor families, she said, noting that 69 percent of black infants and toddlers and 63 percent of Latino infants and toddlers live in low-income families.

One of her favorite economists, Greg Duncan, underscores that poverty has a pernicious impact on very young children — worse outcomes overall and more long-term effects. In one of his papers, he emphasizes the role of “omitted variables” — the concomitants of poverty that lead to the poor child outcomes that are commonly known; for example, parental mental health and substance use challenges, intimate partner violence, compromised parenting, and maltreatment.

Jones Harden said while most of her current projects focus on evaluating primary and secondary interventions during early childhood, she is beginning to study perinatal risks and their implications for parenting during infancy and for infant outcomes, particularly for African-American women who have been found to be particularly vulnerable to perinatal mortality and morbidity, and the associated high rates of infant mortality and morbidity among this population.

In her closing remarks at the investiture ceremony, she thanked her family, “who implicitly taught me and supported me to live by the principle that to whom much is given much is expected.

“I thank my husband, who quietly supports me to do all the million things that I do. I thank my own little girls who I hope are learning that they can be moms and professionals at the same time, though they may not get an A grade in either,” she continued.