“Access to justice is not just about criminal sentencing,” Donald B. Tobin, JD, dean, University of Maryland Francis King Carey School of Law, said at an event announcing the expansion of three low-income taxpayer clinics serving Marylanders in need of free legal tax services. “It’s often about dollars and cents. What low-income people need in Maryland is economic vitality.” 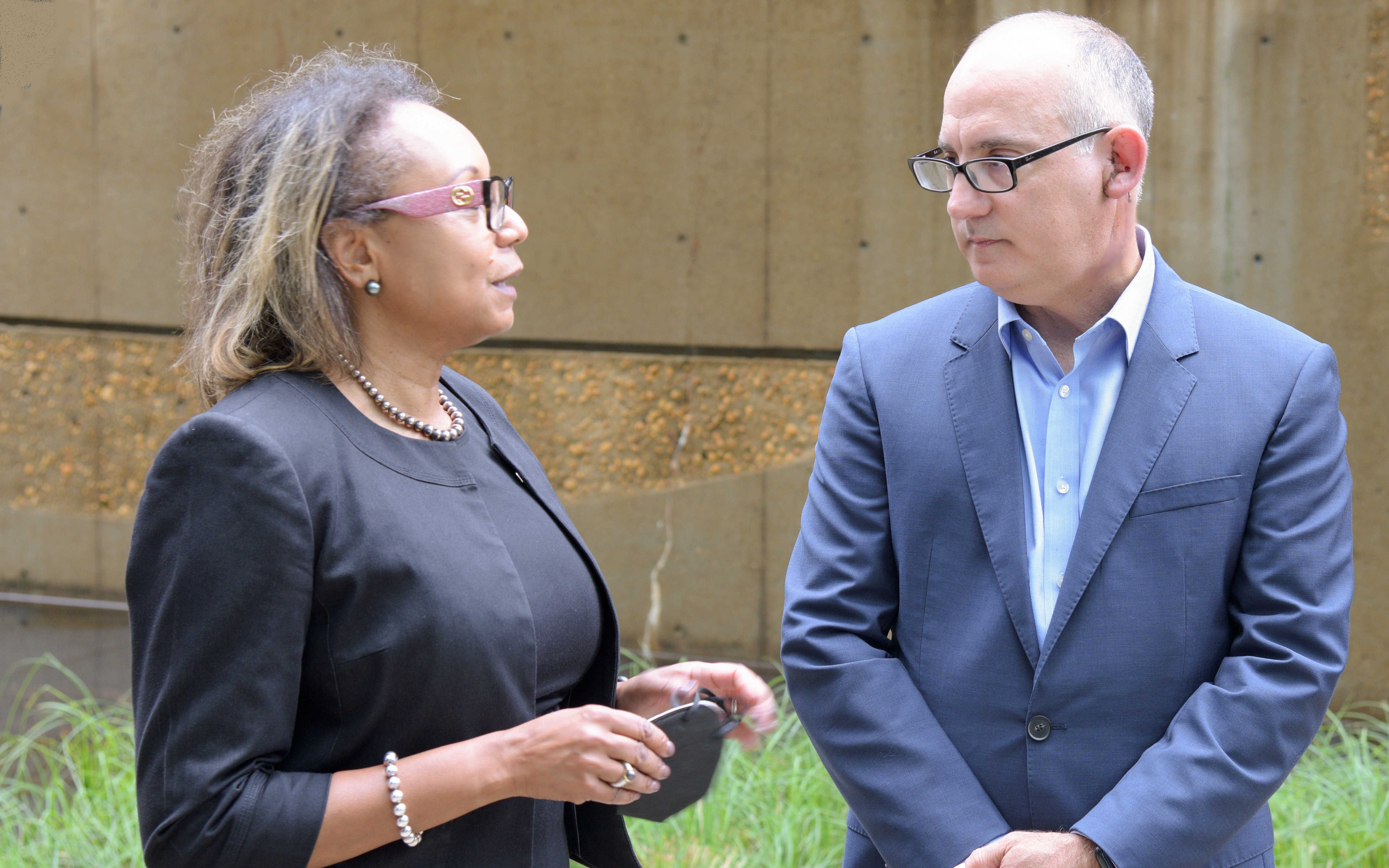 Economic justice for low-income Marylanders came one step closer to reality during the 2021 General Assembly when legislators passed Senate Bill 480 and House Bill 421 providing equal funding to Maryland Carey Law, the University of Baltimore School of Law (UB Law), and the Maryland Volunteer Lawyers Service (MVLS) for the expansion of low-income taxpayer clinics to give legal assistance on state-specific tax issues. Previously, the clinics could only aid those with federal tax issues and disputes because they were funded by the IRS.

The law allocates $250,000 in state unclaimed property proceeds for this year and next year. It gives tax clinics the ability to help income-qualifying Marylanders with state-specific legal problems at no cost. The clinics do not help prepare tax returns but assist individuals in disputes or legal trouble with tax issues. Prior to the law’s adoption, the clinics could assist a taxpayer with a federal tax issue or a federal and state issue, but not a state-specific tax problem.

“Many people who encounter legal problems with their taxes are those who can least afford it,” Maryland Comptroller Peter Franchot said. “This law, and the funding it provides, helps level the playing field, so existing tax clinics can assist low-income Marylanders at no cost.”

Tobin, who in addition to serving as dean teaches students in the Low Income Taxpayer Clinic at Maryland Carey Law, is keenly aware of the hurdles taxpayers face when confronting a complex state tax system without representation.

Sometimes simply forgetting to file or making a mistake on a tax form can lead to a cascade of penalties and court fees. Taxpayers with means can hire lawyers and accountants to represent them, but low-income taxpayers often must go it alone.

“What we do is provide a translation,” Tobin said of the law school’s clinic, established in 2011 to provide free legal representation to low-income Marylanders who find themselves in tax trouble. “To confront the system is very difficult. We have the ability to represent taxpayers in an ethical way in the negotiations with the comptroller. The answer is fairness to Maryland taxpayers — the goal is to pay their fair share, and no more.”

The idea to expand services started six years ago when Tobin and Deputy Comptroller Sharonne Bonardi, JD ’92, MBA, bumped into each other at a Maryland Carey Law alumni event. It was 2015, and the unrest surrounding the death of Freddie Gray had cast into stark relief issues of inequity in the legal system. Recognizing that equal access to justice includes economic justice, Tobin and Bonardi began brainstorming about how Maryland Carey Law’s clinic could expand its services to ensure a more just and equitable tax system.

They soon reached out to Del. Samuel “Sandy” Rosenberg, JD, of Baltimore, an adjunct professor at both Maryland Carey Law and UB Law who helped work out the legislative details and sponsored what became the House bill.

Sen. Craig Zucker of Montgomery County sponsored the bill in the Senate.

Tobin expressed his satisfaction at how collaboration between the Comptroller’s Office and lawmakers resulted in a law that benefits some of Maryland’s most vulnerable citizens.

“This is a statement not just about helping low-income taxpayers, but about what we do right in Maryland,” Tobin said. “We work together to address the problems facing the people of Maryland, and we could not have done it without this fantastic group,” which includes Ronald Weich, JD, dean, UB Law, and Janice Shih, JD, director, MVLS Low-Income Taxpayer Clinic.

Describing himself as a person “really excited about taxes,” Tobin is delighted that what started as an offhand conversation at an alumni function developed into tangible legislation. “Sometimes things happen because the right people care and the right people are in the room,” he said.