Malaria is one of the world’s deadliest diseases. It infects hundreds of millions of people every year, and kills about half a million, most of them under 5 years of age.

There is no vaccine. Experts agree that an effective vaccine could transform how we deal with the disease, potentially saving millions of lives. Now, researchers at the University of Maryland School of Medicine are testing a malaria vaccine that has shown success in early tests.

They recently started a Phase 1 trial of the vaccine to test its safety and efficacy, in a place where malaria is common.

The trial, which will test the PfSPZ Vaccine, began last month in Burkina Faso, West Africa. The study is a joint project of the country’s National Center for Malaria Research and Training and the School of Medicine’s Institute for Global Health (IGH).

The trial is a follow-up to successful clinical trials conducted at the School of Medicine’s Center for Vaccine Development in Baltimore. A study by the same group of researchers, completed earlier this year, found that the vaccine protected against malaria infection up to a year after vaccination.

The vaccine was originally developed by Sanaria, a biotech company based in Rockville, Md. The current trial is funded by the National Institutes of Health (NIH).

“This trial will tell us a lot about how the vaccine works on the ground, in a place where malaria is a real problem,” says Matthew B. Laurens, MD, MPH, associate professor in the Department of Pediatrics, who is co-leading the study. “If the vaccine can work here, it has the potential to help reduce the terrible harm malaria does around the world.” Laurens is director of the International Clinical Trials Unit, in the IGH Division of Malaria Research. 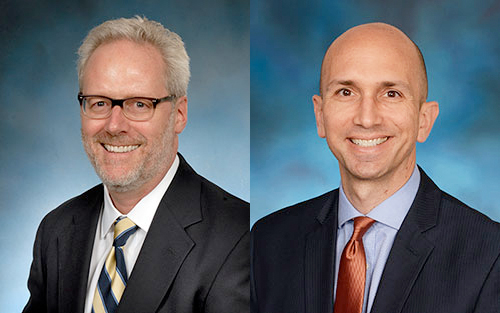 Christopher Plowe, MD, MPH, professor in the departments of Medicine, Microbiology and Immunology, and Epidemiology and Public Health, as well as director of IGH, is co-leading the trial. The study will be the first to test the highest dose of the vaccine given so far, and will be one of the first to evaluate how it works against naturally transmitted malaria in Africa. The higher dose is needed to overcome pre-existing immunity to malaria in regions where the disease is common. Preliminary testing suggests that it will be very effective at this dose.

Development of a malaria vaccine is crucial for malaria control and elimination. A vaccine would complement existing tools against malaria, such as insecticide-treated bed nets, post-infection medical treatment, and preventive therapy in pregnant women. “By itself, a vaccine won’t end malaria,” says Plowe. “But an effective vaccine could get us there a lot faster.”

The trial will enroll 112 adults, and will continue through 2018. It will examine four different doses of the vaccine to see if they are safe. If no safety concerns are identified, an additional 80 adults will receive the highest dose to examine both its safety and efficacy against naturally transmitted malaria over two years.