Diarrheal diseases are a leading cause of death for young children, accounting for 9 percent of all deaths worldwide in children under 5 years of age, with most occurring in children under 2 years of age. Now, researchers at the University of Maryland School of Medicine (UMSOM) have found that even milder cases of diarrheal diseases can lead to death in young children.

This research, the latest report from the Global Enteric Multicenter Study (GEMS), published in Lancet Global Health, “provides a strong rationale for vigorously acting to prevent or to treat all cases of diarrheal illness, regardless of severity,” according to Myron M. Levine, MD, DTPH, the Simon and Bessie Grollman Distinguished Professor and associate dean for global health, vaccinology and infectious diseases. Levine, who served as the overall coordinating investigator for GEMS research, led a large international consortium of investigators from North America, Europe, Sub-Saharan Africa, South Asia, and Australia. 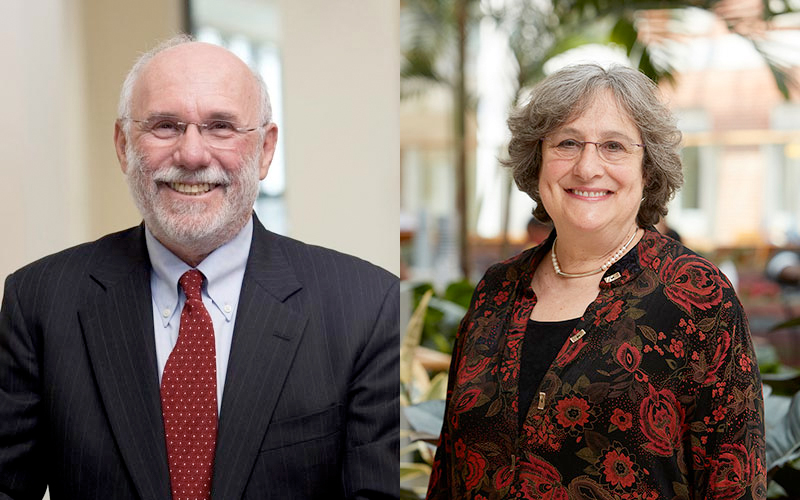 “Our international team of investigators showed that for the individual child, moderate-to-severe diarrheal illness posed a significantly greater risk of death than less-severe diarrhea. However, in the overall pediatric populations in which our team worked, more total deaths derive from less-severe cases of diarrhea because they are more than three times more common than moderate-to-severe cases,” Levine said.

Since many of the deaths occurred more than 14 to 21 days after the children were enrolled in the study, Levine suggests that where resources and logistics make it feasible, active follow-up visits and interventions for all cases of diarrhea could help reduce fatalities.

GEMS, funded by the Bill & Melinda Gates Foundation, is the largest, most comprehensive study of childhood diarrheal diseases ever conducted in developing country settings. The study, under the direction of Karen Kotloff, MD, professor of pediatrics at UMSOM and the principal investigator for clinical and epidemiological research in GEMS, enrolled 22,568 children under 5 years of age in developing country settings, including Gambia, Kenya, Mali, Mozambique, Bangladesh, India, and Pakistan. Kotloff previously reported that children who were stunted at baseline (a sign of malnutrition) were significantly more likely to die during the two to three months following their GEMS diarrheal illness. The additional adverse nutritional consequences (stunting) that followed GEMS diarrhea cases may further increase the risk of severe or fatal outcomes.

Kotloff noted that the Lancet Global Health report showed that the risk of death from diarrheal illness was greater among young children in the four GEMS sites in Sub-Saharan Africa than in the three sites in South Asia. She further noted that at the one site in Asia (Pakistan) where the risk of death following diarrhea was higher than at the other two Asian sites (India and Bangladesh), the Pakistani children were significantly more malnourished at baseline, providing further proof that malnutrition unfavorably affects the outcome of diarrheal illness.

Leading Cause of Death in Young Children

Globally, diarrheal diseases are the second-leading cause of death among children under 5 years after the newborn period, despite the existence of effective treatments such as oral rehydration solutions (ORS) and zinc supplements and preventions such as rotavirus vaccines. This amounts to more than half a million deaths each year globally. Although many different bacteria, viruses and protozoal pathogens cause diarrheal disease, this recent report from GEMS shows that a relatively small number of pathogens were associated with a significantly increased risk of death, including three different categories of diarrhea-causing Escherichia coli, Shigella, Aeromonas, and two protozoans (Cryptosporidium and Entameba histolytica).

Among these pathogens, Shigella can cause both dysenteric (gross blood in diarrheal stools) and non-dysenteric clinical forms of moderate-to-severe diarrhea. Whereas dysentery is an indication for treatment with anti-Shigella antibiotics, non-dysenteric diarrhea is not typically treated with antibiotics. Thus, it was of particular interest to observe that Shigella not only significantly increased the risk of death in children with non-dysenteric moderate-to-severe diarrhea, but it also was quite common when detected by highly sensitive molecular diagnostic techniques.

“CVD’s GEMS research provides important data showing the need to better prevent and treat diarrheal illness. Over the past decade we’ve seen a decline in child mortality linked to diarrheal illness, but certainly more needs to be done,” said Kathleen Neuzil, MD, MPH, the Myron M. Levine Professor in Vaccinology, professor of medicine and pediatrics, and director of the Center for Vaccine Development and Global Health (CVD).

The research is designed to help set a path for better prevention and treatment of diarrheal illness in children. “This research underscores our commitment to take on the most challenging illnesses for the world’s vulnerable populations,” said UMSOM Dean E. Albert Reece, MD, PhD, MBA.

“Our Global Enteric Multicenter Study research continues to serve as a key guide for policymakers as they move toward preventing child mortality and designing the best interventions for children suffering from diarrheal illness,” added Reece, who also is executive vice president for medical affairs, University of Maryland, Baltimore, and the John Z. and Akiko K. Bowers Distinguished Professor, UMSOM.