Taking a prescription omega-3 fatty acid capsule is an effective way of lowering moderately elevated levels of triglycerides (a type of fat in the blood) and protecting against heart attacks, strokes, and other cardiovascular events, according to a new Science Advisory issued Monday by the American Heart Association (AHA).

The advisory noted that prescription omega-3 fatty acids (a component found in fish oil) are an “effective and safe option for reducing triglycerides” when used alone or with a cholesterol-lowering statin drug. The AHA panel of experts based its new guidance on a randomized clinical trial, published in the New England Journal of Medicine, that found those at high risk of heart disease who took the prescription omega-3 fatty acid capsule icosapent ethyl (IPE) every day for five years could reduce their heart risks by 25 percent compared to those who took a placebo. 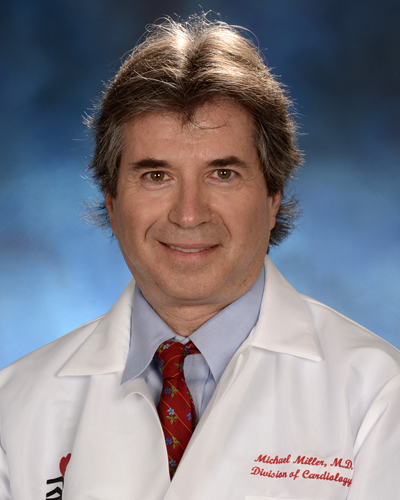 “This is significant news and will likely change the way doctors practice,” said Michael Miller, MD, professor of medicine and director of the Center for Preventive Cardiology at the University of Maryland School of Medicine (UMSOM) who is a co-author of the AHA Science Advisory. “It emphasizes the importance of lowering moderately elevated triglyceride levels to protect against heart disease, especially in those who are at increased risk of having a heart attack or stroke because they have diabetes, a strong family history, or previously established heart disease.”

About one-third of Americans have elevated triglycerides, and studies have consistently linked high levels with clogged arteries, stroke, and heart attacks, especially in those who have low levels of “good” HDL cholesterol and type 2 diabetes. Severely high levels of triglycerides also have been associated with liver and pancreas problems. Lifestyle changes, like a reduction in body fat, increase in exercise, and replacement of unhealthy saturated fats with healthier fats like fish oil have been shown to lower triglyceride levels. Doctors also consider pharmaceutical options like cholesterol-lowering statins to treat patients who do not respond to lifestyle changes.

This is the first time, however, that a major medical organization has issued a statement in favor of using pharmaceutical-grade omega-3 fatty acids as a treatment for moderately high triglyceride levels.

“This is good news for doctors and patients who now have an additional option to help lower the risk of heart attacks and stroke in a large subset of Americans with mildly high triglyceride levels,” said UMSOM Dean E. Albert Reece, MD, PhD, MBA, who also is the John Z. and Akiko K. Bowers Distinguished Professor and the University of Maryland, Baltimore's executive vice president of medical affairs.

“Evidence-based medicine must continue to be the gold standard for making medical decisions, and this expert panel did a thorough job of reviewing the latest evidence in the field to develop their advisory.”

The AHA panel based its new assessment, in part, on a recent randomized controlled trial, called REDUCE-IT, which found that patients with moderately high triglyceride levels, of 135 to 499 milligrams/deciliter (mg/dL), who took omega-3 fatty acids along with a statin had a 25 percent lower risk of having a cardiovascular event, including death from heart disease, compared to those who took placebo capsules along with their statin. The study used IPE (Vascepa), which was approved as a drug by the U.S. Food and Drug Administration in 2012 to treat severely high triglyceride levels — defined as greater than 500 mg/dL. It was funded by Vascepa manufacturer Amarin Pharma.

“Evidence from this trial was pretty conclusive that taking purified omega-3 IPE capsules could yield significant benefits on heart risk reduction,” said Miller, who was a co-author of the REDUCE-IT study and serves as a paid scientific advisor for Amarin. “But patients also need to be aware that this is a drug and has certain side effects.”

Omega-3 dietary supplements, which have not been reviewed or approved by the FDA before going on the market, are not recommended by the expert panel to treat elevated triglyceride levels because the potency, quality, and efficacy of these products cannot be assured.