Illness may be ‘substantial health threat’ to humans in many parts of the world.

Tick-borne diseases are a major public health problem around the world. Ticks carry and transmit a variety of microbes that cause disease. These illnesses, which include Lyme disease, Rocky Mountain spotted fever, and Tularemia, can cause a variety of symptoms, often serious and sometimes deadly.

Now, just in time for spring and the explosion of ticks in forests, lawns, and trails, a new study by researchers from China and the University of Maryland School of Medicine has uncovered a never-before-seen illness transmitted by ticks. It’s possible that the disease could be a “substantial health threat” to humans and animals in areas where the carrier tick is common, the authors write in the paper. 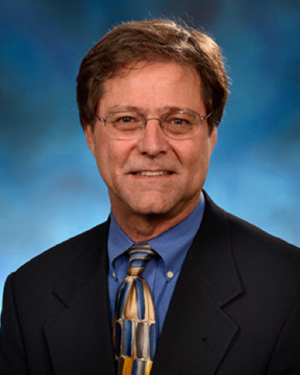 J. Stephen Dumler, MD, a professor of pathology at the school, helped identify the newly discovered bacterial species, which the researchers named Anaplasma capra. The paper was published in the latest issue of the journal Lancet Infectious Disease.

“This is an entirely new species of bacteria,” says Dumler, an expert on tick-borne diseases who has worked all over the world. “This had never been seen in humans before. We still have a lot to learn about this species, but it may be that this bacteria is infecting humans over a wide area.”

The researchers tested 477 patients in northeastern China who had been bitten by a tick over a monthlong period in the spring of 2014. Of those, 28, or 6 percent, were found to have been infected by the new species of bacteria. This microbe is related to other Anaplasma bacteria, some of which can cause illness when transmitted from ticks to humans. Dumler himself discovered one such disease, human anaplasmosis, two decades ago.

The symptoms of A. capra infection include fever, headache, and fatigue, dizziness and muscle aches. The researchers successfully treated the infection with antibiotics, particularly doxycycline.

Because no one knew the bacteria existed, no one has looked for it, and it is not clear how widespread it is. In China, the species appears to be common in goats – the researchers decided to call it “capra” because the word means “goat” in Latin. But it may also infect other animals. Currently, it is difficult to diagnose infection – there is no simple blood test.

The bacterium is probably transmitted via a tick species known as the taiga tick. This species, which is closely related to the deer tick, lives in Eastern Europe and across Russia and Asia, including China and Japan. If this tick species transmits A. capra throughout this area, human infection may be common. Dumler notes that about a fifth of the world’s population, more than a billion people, live in areas where the tick resides.