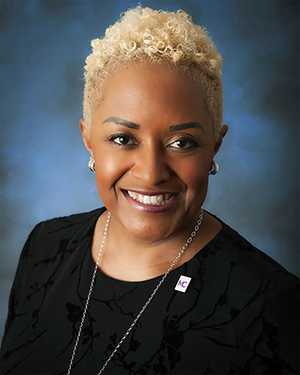 DeRionne Pollard is the president of Montgomery College, a three-campus community college in Montgomery County, Md., with 55,000 credit and noncredit students.

She took the job in 2010 and led the development of a new mission and strategic plan. She has partnered with Montgomery County Public Schools and the Universities at Shady Grove (USG) in creating Achieving Collegiate Excellence and Success (ACES), a program designed to help disadvantaged students transition from high school to college completion. Montgomery College also is a member of Achieving the Dream network, a nongovernmental reform movement that champions student success at community colleges.

Pollard formerly was president of Las Positas College in Livermore, Calif. She was a member of the American Association of Community Colleges’ (AACC) 21st Century Commission on the Future of Community Colleges, is a former president of the American Association for Women in Community Colleges, and serves on the USG board of advisors. Pollard was named one of Washington’s 100 Most Powerful Women by Washingtonian magazine in 2012, received a Visionary Award from the Washington Area Women’s Foundation in 2015, and won an Academic Leadership Award from the Carnegie Corporation of New York in 2017.

Pollard received her bachelor’s and master’s degrees in English from Iowa State University, which awarded her a Distinguished Alumni Award in 2019, and earned a PhD in educational leadership and policy studies in higher education from Loyola University Chicago.

Back to Women's History Month 2021