“How to Recognize and Respond to Gender-Based Violence”

This session will inform participants on how to identify various forms of gender-based violence. There will be a candid discussion on the legal and non-legal options available to victims of violence. 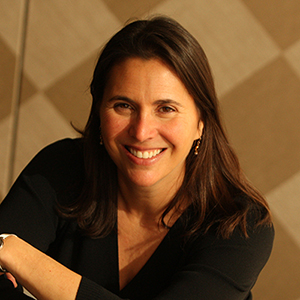 Leigh Goodmark, JD, is a professor of law at the University of Maryland Frances King Carey School of Law. Goodmark teaches family law, gender and the law, and gender violence and the law, and directs the Gender Violence Clinic, which provides direct representation in matters involving intimate partner abuse, sexual assault, trafficking, and other cases involving gender violence. Goodmark’s scholarship focuses on intimate partner violence. She is the author of Decriminalizing Domestic Violence: A Balanced Policy Approach to Intimate Partner Violence (2018) and A Troubled Marriage: Domestic Violence and the Legal System (2012), which was named a Choice Outstanding Academic Title that year. She also was the co-editor of Comparative Perspectives on Gender Violence: Lessons from Efforts Worldwide (2015). Goodmark’s work on intimate partner violence also has appeared in numerous journals, law reviews, and publications.

From 2003 to 2014, Goodmark was on the faculty at the University of Baltimore School of Law, where she served as director of clinical education and co-director of the Center on Applied Feminism. From 2000 to 2003, she was the director of the Children and Domestic Violence Project at the American Bar Association Center on Children and the Law. Before that, Goodmark represented battered women and children in Washington, D.C., in custody, visitation, child support, restraining order, and other civil matters. She is a graduate of Yale University and Stanford Law School.