When I say that I am an astrophysicist, people have the strangest reactions. Sometimes they think I am a genius, sometimes they think I am a fortune teller. But they always ask me how it is to be a woman in a male-dominated field. In this presentation, I will tell my story. The story of a young girl who had to convince her family that she would not starve as an astronomer. The story of a woman who did not give up her dreams. I will tell how I discovered a supernova in a dark night in Chile and how I did not believe that I was the discoverer. I will tell how I arrived at the Space Telescope Science Institute to work with Hubble and how cool and scared I felt working in one of the most competitive scientific environments in the world. I will emphasize the importance of role models and how we can encourage young women to follow our steps and conquer the universe. I will finalize by telling the story of Mulher das Estrelas (Women of the Stars) and how I felt when children in the city of Campo Grande named their astronomy club “Duilia de Mello.” 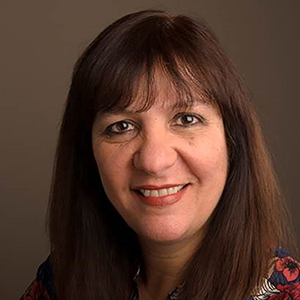 Duilia de Mello, PhD, MS, is an astronomer and the founder of Mulher das Estrelas (Women of the Stars), an association that works to popularize science and encourage young female students to follow careers in the STEM (science, technology, engineering, and mathematics) fields.  She is vice provost and dean of assessment of Catholic University of America in Washington, D.C., where she is a university professor of physics and teaches a popular astronomy course.

A native of Brazil, she came to the United States as a postdoctoral fellow at the Space Telescope Science Institute in 1997. De Mello went to Sweden in a gender balance program to encourage students in engineering and science at Chalmers University of Technology. She returned to work at NASA Goddard Space Flight Center in Greenbelt, Md., and was recruited by Catholic University’s Department of Physics. Her PhD is from the University of Sao Paulo (Brazil), her MS degrees are from the Brazilian Institute of Space Research and the University of Alabama, and her BS degree in astronomy is from Federal University of Rio de Janeiro. Her first postdoctoral position was at Cerro Tololo Inter-American Observatory in Chile.

De Mello’s area of research is extragalactic astrophysics. Among her discoveries are: (1) the supernova 1997D in a galaxy 58 million light years away, (2) stellar nurseries outside colliding galaxies, known as blue blobs, and (3) the largest spiral galaxy in the universe. She also was on the team that assembled the deepest ultraviolet image of the universe with the Hubble Space Telescope. She has published more than 100 articles, has more than 10,000 citations, and has written two books to motivate students to study science, Living with the Stars and The Adventures of Pedro, A Space Rock.

De Mello received the 2013 Professional of the Year Award of the Brazil Diaspora given by the Ministry of Foreign Affairs. She was chosen as one of the “10 Women Changing Brazil” by Barnard College in 2013. She was featured as one of the “100 Most Influential People” of Brazil in Epoca magazine in 2014, and one of the “17 Women That Make a Difference” in 2017 by UOL News. She travels often as a keynote speaker and is a frequent guest on television and radio news. Her last talk in Brazil was attended by more than 6,000 high school students, and recently an astronomy club in the city of Campo Grande was named after her.