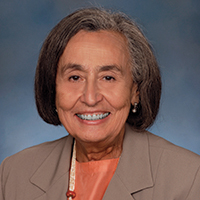 She received her first R01 award in 1970 and has since been continuously supported by National Institutes of Health grants. She has done interdisciplinary work in virology, immunology, and cellular and molecular biology, focusing on oncology and neuroscience.

Aurelian is the author of 310 publications in high-impact peer-reviewed journals and numerous review articles and book chapters, and is the inventor of 14 U.S. and foreign patents. She has trained over 60 postdoctoral and 37 predoctoral fellows, virtually all of who hold academic positions.

She has served as honorary professor in European, Israeli, Japanese, and Chinese universities and has received numerous international awards and honors.

Her contributions to science include: (i) identification/molecular characterization of herpes simplex virus type 2 (HSV-2); focus on a unique gene that regulates cell replication, (ii) development of antisense technology and its use in gene knockdown, (iii) definition of HSV-2-mediated immune regulation and its use in vaccine development and cancer immunotherapy, (iv) elucidation of erythema multiforme pathogenesis; role of HSV-infected circulating stem cells and autoimmunity control, (v) cloning of the heat shock protein H11/HspB8 and demonstration of its epigenetic tumor suppressor activity, and (vi) identification and mechanism of neuroimmune-mediated regulation of addictive behavior.