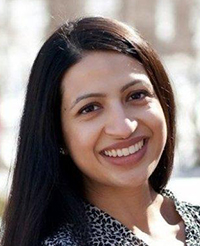 For seven years, Schurman has directly interacted with students to help them achieve their goals while also working closely with the administration. She has seen the interest in online coursework grow exponentially as students’ desires for a more flexible program increased. To this end and stemming from her motivation to acquire knowledge that would be in the best interest of SSW, she is pursuing a master’s degree in education from University of Maryland Global Campus focusing on distance education and e-learning.

Schurman enjoys staying involved in the SSW and UMB community. She has been a member of the Emerging Leaders Program, UMB Staff Senate, and UMB Diversity Advisory Council. She remains involved as SSW’s liaison to UMB’s Lactation Committee and is on SSW’s Global, Social, Scholarship, and Enrollment Management committees. Most recently, she was elected to the Executive Board of the inaugural SSW Staff Council as secretary.

Schurman is married and the mother of two boys. When she isn’t playing with her sons, she enjoys reading, trying out new Baltimore restaurants, and completing puzzles. 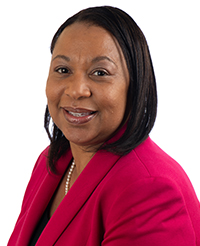 Chanise Reese-Queen, EdD, MSA, is the Continuing Medical Education (CME) program director in the Office of Faculty Affairs and Professional Development at the University of Maryland, School of Medicine (UMSOM).

Reese-Queen directs the CME program and its daily operations, serves as the primary point of contact for the learning management system, assists faculty and staff with designing CME educational activities, and ensures adherence to the Accreditation Council for Continuing Medical Education (ACCME) regulatory guidelines. She serves as a member of the ACCME 2020 Meeting Steering Committee and an ACCME surveyor. She also is the vice president for the Mid-Atlantic Alliance for Continuing Medical Education and has completed the Emerging Leaders Program at the University of Maryland, Baltimore.

Before working at UMSOM, Reese-Queen worked for medical specialty societies and associations directing the education and meetings departments.

Reese-Queen has a doctoral degree in Educational Leadership and Management, a master’s degree in Science Administration in Public and Community Health, and a bachelor’s degree in Human Relations. She also is a Certified Meeting Professional and is taking the online graduate certificate course in Learning Design and Technology from University of Maryland Global Campus.